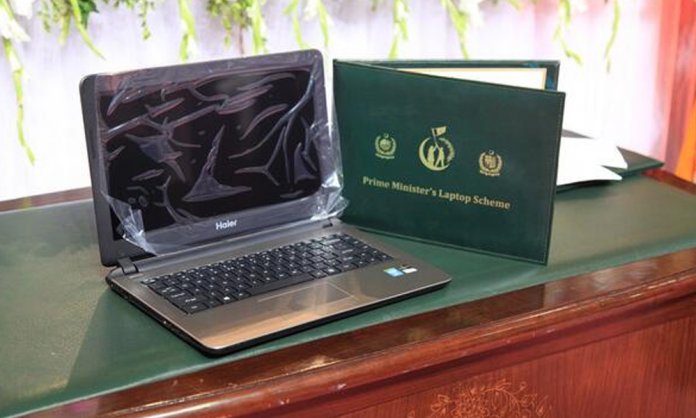 In its latest move, Pakistan Tehreek-e-Insaaf’s Government has decided to call off all schemes, including former Prime Minister’s Laptop Scheme.

According to Fawad Chaudhry, such schemes will no longer be continued, however, Benazir Income Support Program (BISP) will remain functional.

The scheme was announced in the budget speech of FY 2013 – 14 and formally commenced in August 2013 with coordination and consultation with Government of Punjab.

A whopping number of 300,000 laptops have been distributed in the 1st and 2nd phase amongst the students across Pakistan and AJ&K.

200,000 laptops were again distributed amongst the qualified students in the later phases.

However, students can no longer apply for the scheme as Imran Khan’s Government has decided to abolish it.

Speaking to a Press Conference, Chaudhry added that a task force will be established to revamp the education system across the nation.

What’s more, private schools fee will also be reduced and the provincial government will streamline the decision.

Basic education will be provided in madrassahs. All schools, including madrassahs, will follow a uniform curriculum.

Corporal punishment will also be banned in schools.