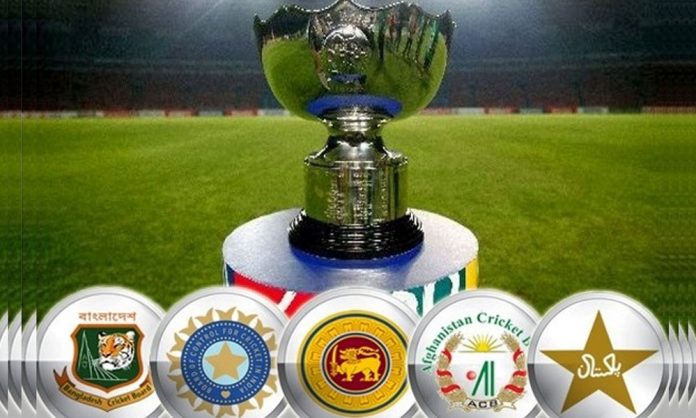 Pakistan may not have been a regular when it comes to winning the Asia Cup but this time they are one of the favourites to lift the title, for a variety of reasons.

For one, the current team is a fine mix of youthful exuberance and a semblance of seniority.

As a fan and an ardent follower of this game, I’d like to itemize the advantages Team Pakistan may have in the upcoming tournament.

Surprisingly the tournament has been scheduled at 9 am UAE time, which will give the teams winning the toss an advantage on its own. We all know how the wicket will behave early morning and with the bright white new cherry (leechee in this case), teams bowling first will certainly have the upper hand.

Team Pakistan, with their genre of fast-men, will ideally be suited in bowling first and skittering out the opposition for meagre totals. It’ll be good to see ‘them earrings in the daytime’ – bless you Henry Blofeld.

2. The Emergence of Fakhar, Shukar!

An enforcer was so badly needed, especially, in the top order. In Fakhar Zaman, Pakistan has found the ideal man. He is recklessly efficient, yet purposeful.

What he does is and hopefully will do this tournament is get the bowlers out of their comfort zone with his repertoire of high percentage shots, coming down the track even to the new ball and his on-side range/shot selection has vastly improved.

Important will be for Pakistan if Zaman manages to stay in when the opposition spinners get to a bowl because he loves playing against the slow bowlers. Out and out, a formidable advantage and a big player if Pakistan plans to move forward in the tournament.

Teams of the past were blessed with hard-hitting options with the likes of Abdul Razzaq, Azhar Mahmood, Moin Khan and Wasim Akram coming in late in the order and propelling what seemed like unattainable scores for the opposition.

Pakistan is now blessed with world-class hitters like Asif Ali whose inclusion has given the side the dynamism it was missing; with the six-hitting talent of Faheem Ashraf and the street-smart tickles of Shadab Khan, Pakistan is poised to do well either batting first or even chasing down an improbable score.

One must not forget the talents of Shoaib Malik and skipper Sarfraz Ahmed, as they too have developed long handle prowess and are dependable like the rest of the batsmen in the side.

4- Athletic Fielders in the Inner Circle

Shadab Khan at Point, Imam ul Haq at Cover, Shoaib Malik at Extra Cover and Babar Azam in the slips has a feel-good ring to it. Many games have been lost on ordinary displays in the field. Catches dropped, run-outs missed, Singles given have resulted in a decrease in the win ratio percentage.

Pakistan will be competing with fine fielding sides in the shape of India, Sri Lanka and Bangladesh, so they will have to bring themselves to their level; with all respect to Afghanistan, they are a very efficient and athletic bunch of lads as well.

5- Not taking the Mickey, of Arthur!

Gone are the days when Mickey Arthur would lose to the players on discipline; he has managed to blend and hone the skills with an Afrikaner work ethic which seems to have rubbed well on the side.

Following his tactics closely, Arthur usually concentrates on the basics which are (i) limit the extras, (ii) cut the singles, (iii) build partnerships, a fine mantra for cricket. Furthermore, he rarely focuses on the stars in the team, his motto always being from Remember the Titans. Let’s wait and watch if Mickey can be King Midas again.

Let’s get to the real strength now. Blessed with a pentagonal force of fine fast-men, the bowlers can really come into their own early and extract reverse swing if Pakistan is defending.

There is a lot of talk on the importance of spinners during this tournament, but I believe we should rely on the fast bowlers, so they can destroy any side with the help of reverse swing.

The arid nature of the tracks will help Hasan Ali and Usman Khan Shinwari while Shadab Khan will lead the spin department that also has Shoaib Malik in the line-up. Over-dependence on Muhammad Nawaz may go against our aggressive policy.

There is still time before we embark on the 14th edition of the Asia Cup, and the above will eventually take its course, I for one cannot wait.