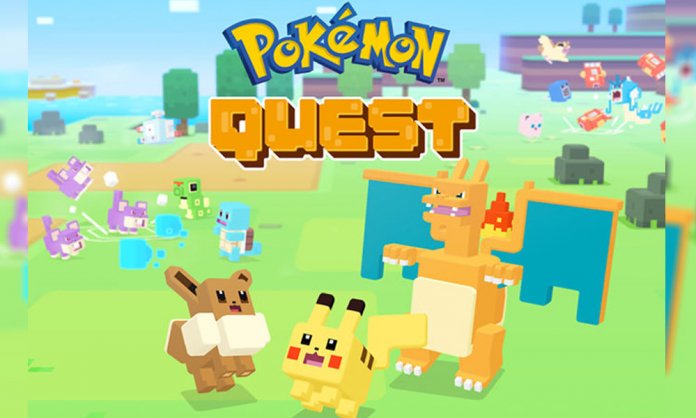 The cute and cuboid Pokémon spin-off, initially announced for Nintendo Switch, will be coming to iOS and Android on June 27, 2018.

With its free-to-start structure seemingly made for mobile, former Nintendo Switch exclusive “Pokémon Quest” will be finding new homes on iOS and Android.

By adopting a new art style, importing the franchise’s original Pokémon to a new area — Tumblecube Island — and putting the emphasis onto creature collection and a more passive mode of combat, “Pokémon Quest” represents a trade-off between traditional Pokémon adventures and the bestiary management of previous mobile megahit “Pokémon Go.”

Announced during a May 30 event by The Pokémon Company and released immediately, it performed decently at review (a 66 average through Metacritic‘s aggregation method, 68 on OpenCritic), though might find a more suitable niche on mobile, with its larger audience, and more widespread occurrence of virtual currencies and microtransaction payments.

They would revert to the franchise’s more traditional graphical style and role-playing game approach while drawing upon elements introduced in “Pokémon Go.”

Separately, and after several years of Switch-related speculation, a core franchise entry is to arrive towards the end of 2019.