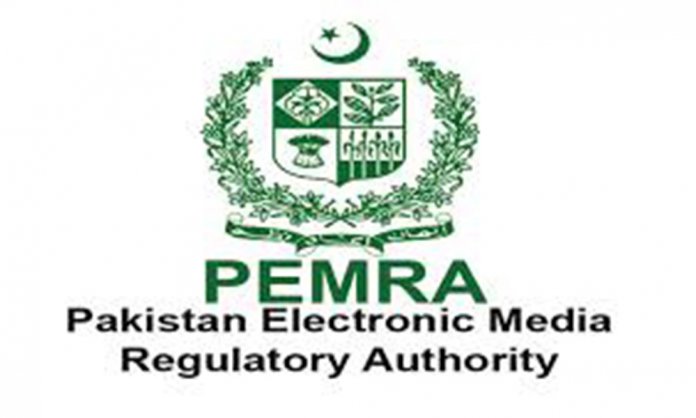 The National Assembly Standing on Information and Broadcasting on Monday pleaded Pakistan Electronic Media Regulatory Authority (Pemra) to prepare a mechanism to guarantee that no defamatory and phony news was telecast on electronic media against any decent member of the society comprising legislators for the sake of rating.

The council meeting chaired by Javed Latif MNA examined that some specific news channels day-to-day telecasted fake news to earn better ratings but no action was taken against them.

Moreover, the decision was again reverted and the ban was removed which left a poor reflection on PEMRA working.

PEMRA took it to twitter to share the news channels who aired fake news for high ratings and channels like 24 News, Geo News, ARY News, and 92 News were included.

Have a look at the list of fake news the channels aired:

The committee also communicated its displeasure over Pemra’s warning of imposing a ban on the ARY News program `Off the Record` without hearing the host or its management.

The ARY has been convened on January 24 for hearing their point of view on their request. The ultimate verdict will be taken after hearing the channel.

PEMRA Bans programme " OFF THE RECORD" on ARY News for 60 days. pic.twitter.com/TuknaIlzWn

He said the PEMRA took instant action and directed ARY to prevent repeating the program of Kashif Abbasi but ARY did not obey and carried on the program.

On this PEMRA issued show-cause notice, however, the action was held in abeyance on the request of ARY.

MNA Aftab Jehangir also put forward the case of a feature film “Zindgi Tamasha” and announced the committee should examine the issue.

Secretary Information Akbar Hussain Durrani informed the committee that Censor Board had approved the film for release twice, but now a third party has filed an application.