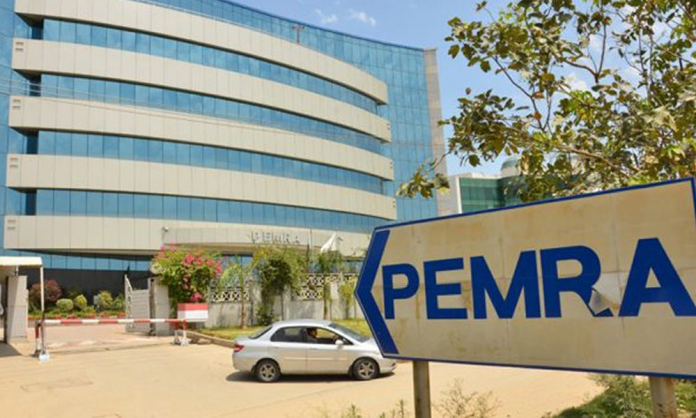 On 13th February, an anchor stormed inside Pakistan Electronic Media Regulatory Authority (PEMRA)’s Lahore office “shouting and directing his companions to seal the premises and close the doors of the office and that no one should be allowed to enter or exit.”

The anchor was accompanied by 3 police security guards deputed for his safety. Moreover, two other individuals in plainclothes who reportedly came in a Toyota Corolla with a green license plate.

He further shouted asking for CCTV cameras and instructed his men to confiscate them reportedly. As the anchor’s goons were taking hostages, Regional General Manager PEMRA Lahore came out of his room to request him to sit and discuss his grievance if there are any.

Furthermore, it was reported that the RGM was also taken as a hostage along with his two guests. The anchor then rang a call to a top PEMRA official in Islamabad. As the call was connected, the anchor turned on the speaker of his phone.

“Do you want to continue your job or not,” the anchor asked the top official. “Yes, I want to continue,” was the reply. Second question, “If I ask you to delegate me all of your powers, whether you will do that or not.” The answer, “I will do that.” Third question, “If I put your phone on hold for an hour, if you will wait for me or disconnect the call.” The answer, “I will wait.”

The top official wanted the anchor to forgive PEMRA and assured him that the action taken against him was just by mistake. The top official further promised that he will visit Lahore to personally apologize from the anchor. The conversation ended after this reassurance and Lahore Pemra RGM was a silent spectator during this course of the crisis.

As the matter was “resolved” after assurance of a top Pemra official, the anchor decided to celebrate it at Pemra’s Lahore office where he remained from 3:00 pm to 6:00 pm as per the report. He ordered 10 pizzas and then the anchor apologized for any “inconvenience.”

He “tried to give the impression that he is very influential and he also got the support of all the named institutions,” RGM Ikram Barkat noted in a written report sent to Pemra chairman.

“He also told us that he has powers given by the Supreme Court of Pakistan to seal any premises and office and he has the seals available in his vehicles to do so…For reference, he quoted an incident where he sealed a hospital for three days. He also asked about the cell number of chairperson council of complaints.

He further said that it is in his hand to revalidate the appointment period of council members and he will see whether their tenure is to be revalidated or not,” read RGM’s report which is being treated as a top-secret.

“It is further informed that the said journalist/anchor called on his cell phone…During the conversation, he again talked a few mixed and ambiguous things and categorically asked him ‘Maza aya aaj (hope you enjoyed today).’…Some of the conversations of the event (both audio & video), recorded through mobile phones are also enclosed for ready reference…There are many things/conversations which he even cannot write in order to protect dignity and honor of the organization and higher posts; however, he can inform everything in person,” reads the report.