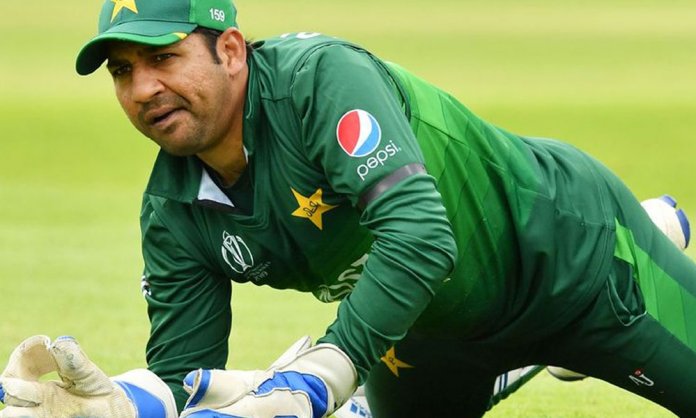 Update: PCB’s official announcement is finally here, and it confirms the news of Sarfaraz resigning as captain of the Pakistan Cricket Team.

While some fans and followers are not too pleased with the news, many think it is a good decision for the team and its future.

No offence but Sarfaraz is a terrible captain. He gets panik very early and can't speak English too and struggles a lot during press conferences which gives bad impression to Intl media. He is neither a good batsman nor keeper and skipper. Sack him ASAP for the good of Pakistan

News about Misbah-ul-Haq being disappointed with the Pakistan Cricket Team and Captain Sarfaraz Ahmed’s performance and attitude was already everywhere after the team’s defeat at the hands of Sri Lanka in the recent T20I.

According to a source quoted as saying by the Hindustan Times,

“He is unhappy that some players are just too relaxed and take training lightly and are not working on improving their cricket discipline. He has also not been encouraged by the attitude of captain Sarfaraz Ahmed, whom he feels shies away from taking responsibility when the chips are down.”

Of course, PCB wants the team to be better prepared this time, as they have to face Australia next in the upcoming Test series.

According to sources, the PCB Chief Executive Wasim Khan and Misbah have discussed this and Sarfaraz’s captaincy is under review; the captain is most probably about to lose his position with Azhar Ali a potential replacement and Mohammad Rizwan as candidate for vice captain.

Fans and followers aren’t too happy with the likelihood of this news.

Things not looking good for Sarfaraz. One bad series and he is removed from t20 captaincy? Especially with WorldT20 within a year. Kind of strange decision. #Pcb #Cricket #PakistanCricket https://t.co/90CIMAA15f

Immensely disappointed in pcb decision to remove Sarfaraz as captain in all 3 formats. Not a good decision and one which will backfire.

Sacking Sarfaraz from ‘T20’ is unreasonable when World Cup is around the corner. Sucks completely.