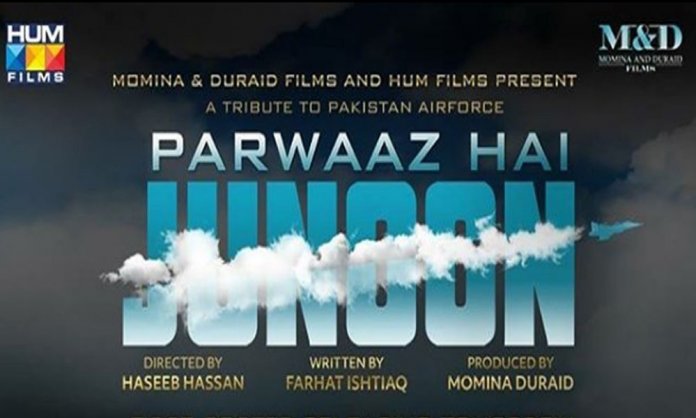 Update: Central Board of Film Censors (CBFC) clears Parwaaz Hai Junoon for screening all across Pakistan.

Urdu Feature Film Parwaz Hai Junoon has been cleared by Central Board of Film Censors after being reviewed by Full Board.@humnewspakistan @Humtvnetwork
#Parwazhaijunoon

Just when people were getting ready to attend the premiere of Eid release Parwaaz Hai Junoon, there came the news that the film would not grace the screen before Eid ul Azha as the Central Board of Film Censors (CBFC) raised objections on the content, just when it was all set for a release.

Some sources claim that the film’s title is the point of concern for the Censor people whereas others believe that there are a couple of sequences in the film that depicts Pakistan’s Armed Forces in a bad light.

Whatever the reasons, one hopes that they are resolved as soon as possible because people have booked tickets for the film and we’re looking forward to watch their favorite actors on screen this Eid.

This is not the first time the Islamabad Censor people have tried to ruin a perfectly normal film with illogical decisions. Parwaaz Hai Junoon was passed uncut in both Karachi and Lahore and was all set for a glittering premiere when their flight was thwarted unnecessary by CBFC that was also the ones behind the temporary banning of Shoaib Mansoor’s Verna last year.