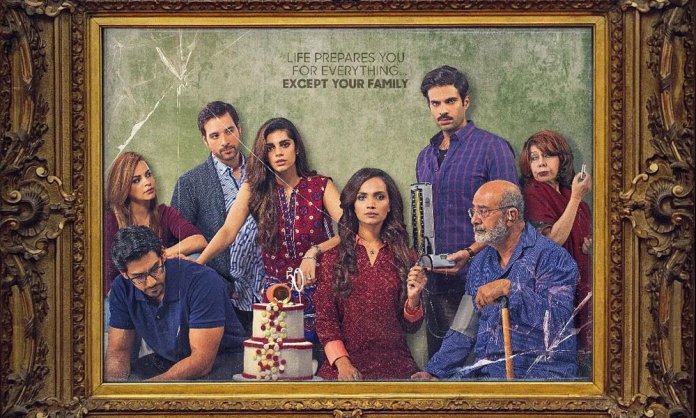 Sanam Saeed and Aamina Sheikh starrer Cake is one of the most-awaited movies of 2018. Its trailer is finally out and we must say that we are impressed.

The movie shows the closer reality to life, unlike others in which we always see a typical, conventional Pakistani family. We all have issues, we all have fights with the people we love the most and we all deal with heartbreaks, and this is what’s depicted in the movie Cake; a story which every family with complicated relationships can relate to.

The two and a half minute video features some power-packed performances by the actors. It wouldn’t be wrong to say that it seems like this is going to be Amina Sheikh and Sanam Saeed’s one of the best performances. The two are indeed amazing actors and their rivalry in the movie is depicted brilliantly.

The movie’s art direction is magnificent. The way how every scene is shot and captured is absolutely a visual treat. The scenes look so beautiful, you crave for more towards the end of the trailer!

Cake, which has a completely Pakistani flavor to it, seems more relatable to the audiences as the dialogues are in Urdu, which is, in fact, helping us connect with it more. Mikaal Zulfiqar is a cherry on top. Honestly, he is looking his best ever in this movie!

The movie though reminds you of Finding Fanny, Piku, Khoobsurat, and Kapoor &amp; Sons but let’s see if the makers will be able to surprise the viewers with some unexpected twists and turns in the story.

Cake is releasing on 30th March and we can’t wait to go and watch it!