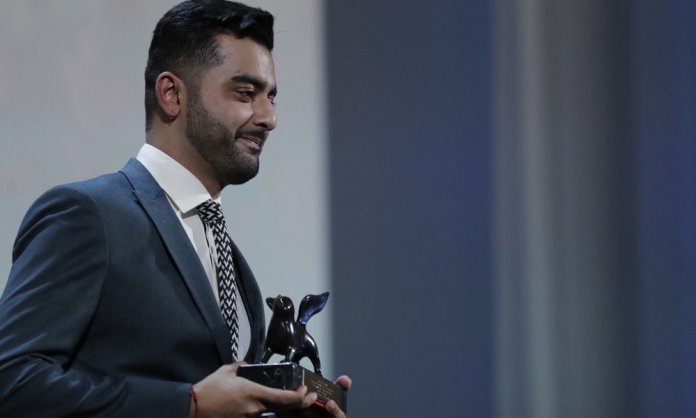 As the national atmosphere continues to grow more tense and fear of war increases with each passing day due to the Indo-Pak and Kashmir issue, it is a breath of fresh air to see pnews about a Pakistani’s achievement.

28 year-old Pakistani filmmaker, Saim Sadiq has recently won the Best Short Film Award for Darling at the Venice Film Fest (VFF). The VFF is where Darling premiered and qualified as ’Pakistan’s first film to project in front of the oldest movie ’gala’s audience.

Starring Alina Khan, a transgirl from Lahore who made her acting debut in the film, Darling has also been chosen for Berlin and the Cannes film festivals.

A trans themed movie, Darling aims to represent the extremely underprivileged and underrepresented Trans community of Pakistan, in which a trans girl and a young boy are shown in love.

Moreover, another short film by Sadiq, Nice Talking To You won the Best Director Award at the Columbia University Film Festival last year.

The 76th annual Venice International Film Festival was held from 28 August to 7 September 2019. Film director Lucrecia Martel was appointed as the President of the Jury. The Truth, directed by Hirokazu Kore-eda, was selected to open the festival. The Golden Lion was awarded to Joker, directed by Todd Phillips.

Apparently, Sadiq had not expected his short film to get chosen! Take a look at what he said in an interview with Arab News:

“I sent it in during the open submission call with zero expectations that it would be chosen. Through luck or something we got in.”

We congratulate Sadiq for adding yet another feather to our cap, and hope that he continues to shine with his clutter-breaking ideas and brilliant execution!