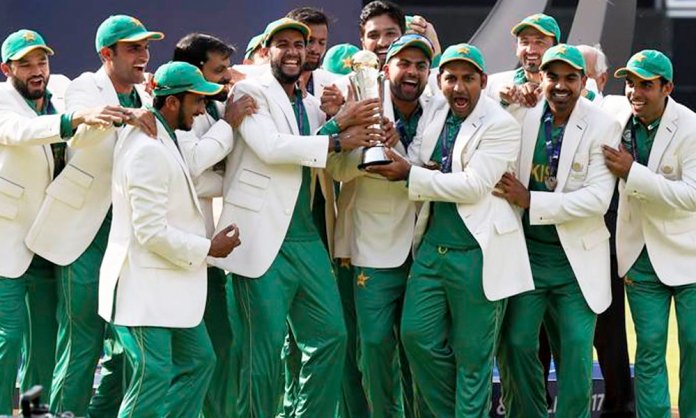 Pakistani batsmen, Ahmad Shahzad has been under constant backlash after his dismal performance in the recently ended ICC Champions Trophy which Pakistan won. The cricketer not only faced criticism from the public but has now been called out on media by a popular political talk show host, Javed Chaudhry.

He talked about Ahmad Shahzad’s performance in the Champions Trophy and accused him to have taken the limelight after Pakistan won the trophy. Chaudhry then compared the cricketer with the ongoing policial situation in the country regarding the JIT case.

Here’s what Javed Chaudhry had to say about Shahzad

However, the cricketer being defamed, shut down all haters! This is what the ‘selfie king’ tweeted:

Is this the comedy section of the show?!! Hilarious 😂

Ahmed Shahzad was not left to defend himself against the allegations made against him. It was good to see his brothers in green coming out to support him! Many of the Pakistan cricket team have stood up for their colleague!

We stand with you @iamAhmadshahzad You have done alot for Pakistan and will do in future.
Please keep #politicsawayfromcricket

I agree with you Ahmad bhai. Politics should be kept out of cricket. Keep supporting sports in Pakistan #PakistanZindabad

Cricket is only charm left in our country for people,so connecting sports with politics isn’t really a good idea,or disgracing any player

However, looks like a fellow journalist was there to support his colleague Javed Chaudhry.