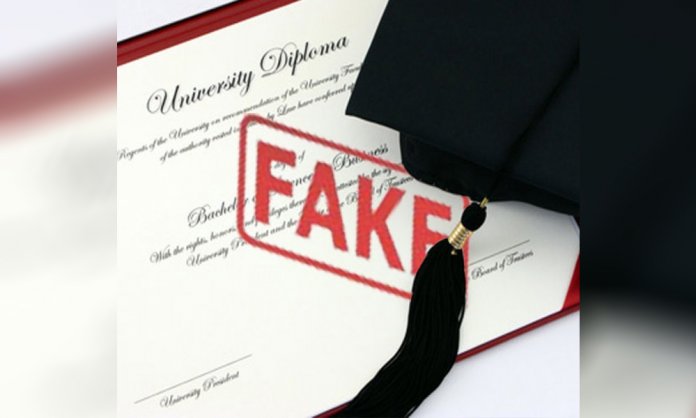 Seems like the business of fake degrees is in full spring in Pakistan. According to latest updates, a college in Islamabad has kickstarted trading of counterfeit degrees and its something all academic authorities, students and even parents should be aware of!

The matter was addressed in a meeting of Senate Standing Committee on Federal Education and Professional Training, held under the chairmanship of Senator Rahila Magsi. The aim was to find a solution to the college’s affiliation with Islamia University Bahawalpur.

A case was brought in front of the panel in which the student of Islamabad Law College, Muhammad Akmal, told the committee that back in 2015 he took admission in the college and paid Rs 60,000 as a fee.

Apparently, he was told by the college that the institution is affiliated with Islamia University Bahawalpur.

After appearing in examinations of part 1, Akmal was informed that Islamia University had ended its affiliation with the Law College.

What is more, the chairman informed the Senate that all those students who are unable to bribe well-reputed institutions then opt for fake degrees form Islamabad Law College and various other illegal institutes.

It is crucial that relevant authorities take strict measures against these corrupt practices prevailing in the education sector and nip the evil in the bud.