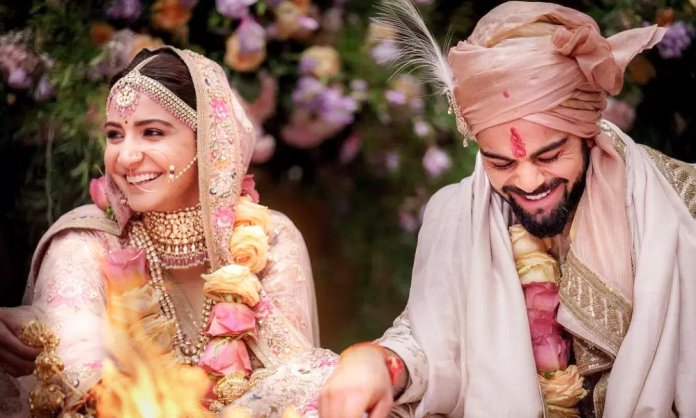 The wedding of the year between Anushka Sharma and Virat Kohli has taken the internet by storm. One cannot stop gushing over the beautiful couple who look head over heels in love with each other.

The quaint ceremony was held in Italy and we were bombarded with the pictures yesterday. Social media was in a frenzy after people began reacting to the great news! The #VirushkaWEDDING was trending on Twitter. 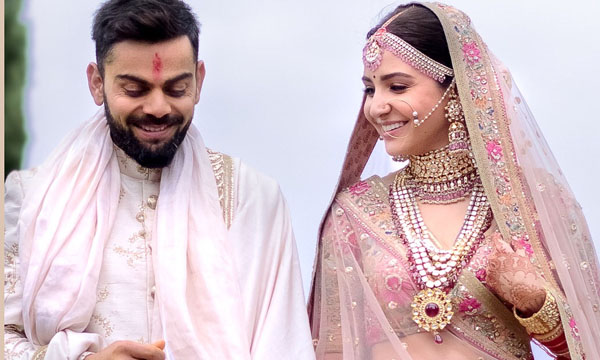 Today we have promised each other to be bound in love for ever. We are truly blessed to share the news with you.This beautiful day will be made more special with the love and support of our family of fans & well wishers. Thank you for being such an important part of our journey. pic.twitter.com/aobTUwMNAK

Various Pakistani celebrities have congratulated the power couple on their wedding. From actress Mawra Hocane to cricketers Shoaib Akhtar, Shahid Afridi and tennis star Sania Mirza all sent out their best to the duo!

@AnushkaSharma so so beautiful, all the happiness and love for both of you! InshAllah. https://t.co/0QQVLO21Vh

Awee ❤️ congratulations you two .. you look lovely and so so happy .. wish you all the happiness in the world ❤️ @imVkohli https://t.co/RNeu0ioGK3

Congratulations to you both and much happiness on your wedding day. May your love shine warmly forever @imVkohli @AnushkaSharma

Congratulations @imVkohli @AnushkaSharma on your wedding. May God Bless you two and give you happiness and a rewarding married life.

Congratulations @AnushkaSharma for this new journey ! Have a beautiful and amazing life ahead.

Bollywood Celebrities took to Twitter to send out their special messages to the newly married Mr & Mrs. Kohli.

Huge congratulations and tons of love to @AnushkaSharma and @imVkohli ….beautiful couple and I wish them and their loved ones the best years ahead ❤️ pic.twitter.com/cI2PCrom38

Congratulations @AnushkaSharma & @imVkohli!!!! This is the start of an absolutely beautiful chapter in your lives! Make lovely memories to look back on in the years to come! Wish you all the very very best ♥️

Congratulations to you and Virat…May you be blessed with a joyous and blissful Married life..🎂

Congratulations to both of u @anushkasharma @virat.kohli all the love to u both 🌟❤️✨ Anushka u look so beautiful 😍. Wish u all the happiness in the world at the start of this new journey 👫

Congratulations and best wishes to the just married @imVkohli and @AnushkaSharma. You both look wonderful together. #Virushka pic.twitter.com/DqcQN7GrpC