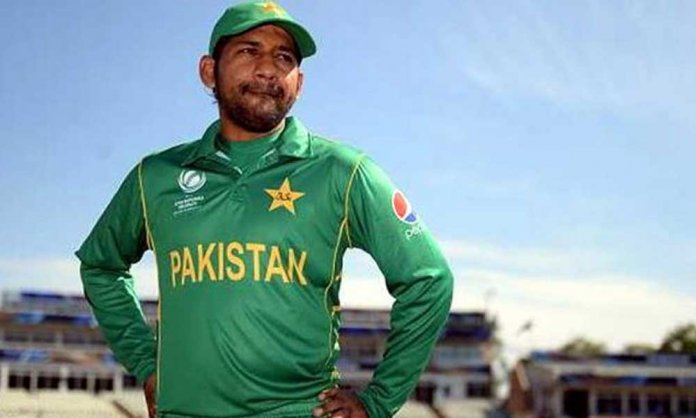 Pakistani cricket fans have been highly disappointed after the team’s performance in last week’s India-Pakistan match at the ICC World Cup.

Social media has been flooding with feedback, however, some people hit a whole new level of low by crossing all limits by abusing, stalking and harassing the players.

A video started making rounds on social media featuring Pakistani cricket captain Sarfaraz Ahmed at a shopping mall in the UK being verbally attacked, stalked and filmed by a man.

What’s even worse is that Sarfaraz was accompanied by his child at the time.

“Why are you so fat, like a pig?” the man can be heard saying.

Dear @metpoliceuk @ukhomeoffice this person is harassing Pakistani Cricket 🏏 Team caption @SarfarazA_54 while he was with his son (minor). Please have a look
Many thanks pic.twitter.com/JvoP6c7VGR

Celebrities from both Pakistan and India have extended support to the Pakistani captain criticizing the abuser for disrespecting his privacy and portraying unethical behavior.
Ali Zafar requested Pakistan to send only positivity.

Every captain in history has lost an important match. #SarfarazAhmed doesn’t deserve this. This is harassment… for heaven’s sake he is with his child. https://t.co/JU8YFKMPyg

“This is getting absurd to the core of its existence.” Bollywood actor Sawera shared her disgust.

This is getting absurd to the core of its existence.. If you had a laugh over this then you’re mentally sick! @SarfarazA_54 May Allah be with you! Go out and show the world what you’re made of! #CWC19 https://t.co/wv8IyouRgt

“If I were #SarfarazAhmed I’d have broken the boy’s phone and called his family over,” shared Wasim Akram.

"If I were #SarfarazAhmed I'd have broken the boy's phone and called his family over," @wasimakramlive shares with @faizanlakhani his disappointment at fans' abusive behaviour towards players during #WorldCup2019 pic.twitter.com/M3BBxNZEgi

@SarfarazA_54 made us proud several times under his captiancy we won U19 & ChampionsTrophy. We were at the top of ICC T20 ranking.#CWC19 isn't over yet. Now we should Support him.He's undr great pressure becz of grouping in team & the disgusting trolling #PakistanLovesSarfaraz pic.twitter.com/jOKBUx43IR

Disgraceful behaviour by this obnoxious who clearly needs better parenting. Sarfaraz just lost a game of cricket but as a society we have lost our basic values & decency. https://t.co/Zg1TBQPED1

“This man should be punished if there is any verbal abuse law in England,” shared fellow cricketer Kamran Akmal.

condemnable very disrespectful & disgraceful this man should be punished if there is any verbal abuse law in England. https://t.co/3WgpXv8vLQ

After receiving severe backlash, the man who recorded it released a video message apologizing for his behavior. He stated that he had deleted the video and that he didn’t know how it had spread online.

“I am also a Pakistani, I ask for forgiveness, I didn’t know the consequences of my actions would be so large,” said the man.

What are your thoughts about the situation? Share them with us in the comments below.