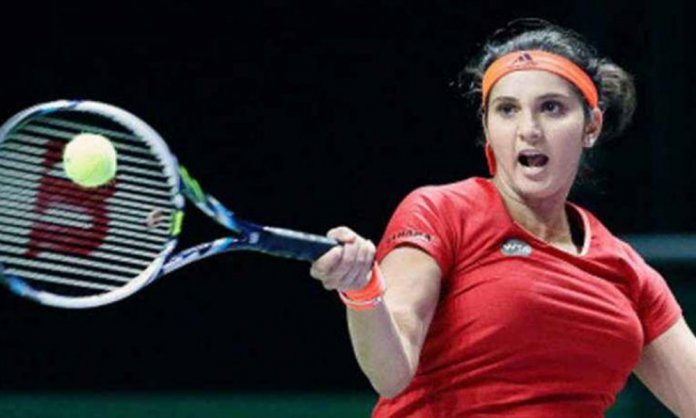 Indian tennis player Sania Mirza has won her first doubles match since returning to the WTA Tour following the birth of her son with cricketer Shoaib Malik.

Returning to the court after two years, Sania and her Ukrainian partner Nadia Kichenok prevailed 2-6 7-6 (3) 10-3 over Oksana Kalashnikova of Georgia and Japan’s Miyu Kato in a contest lasting one hour and 41 minutes.

During her two years away from the game, the 33-year-old Sania battled injury breakdowns before taking a formal break to give birth to her son Izhaan.

Today was one of the most special days of my life .. to have my parents and my little baby boy supporting me in my first match after a little less than 2 and a half years .. and to top it off we even WON our first round with my partner @nadiakichenok ✌🏽feel very grateful and thankful for all the msgs, support and love I am receiving.. BELIEF!! Takes you places 🙃 YES my baby boy we did it 💪🏽🤚🏽 @izhaan.mirzamalik Allhamdulillah for everything 🙌🏽

Cricketer Hassan Ali wished Mirza on her triumph too

Azhar Mahmood also poured his wishes for the winning mom

Congratulations Sania. May Allah grant you guys more success with Izhaan and your family by your side always! Ameen. Keep going.

More wishes poured for Sania Mirza after she posted regarding her victory on Instagram! 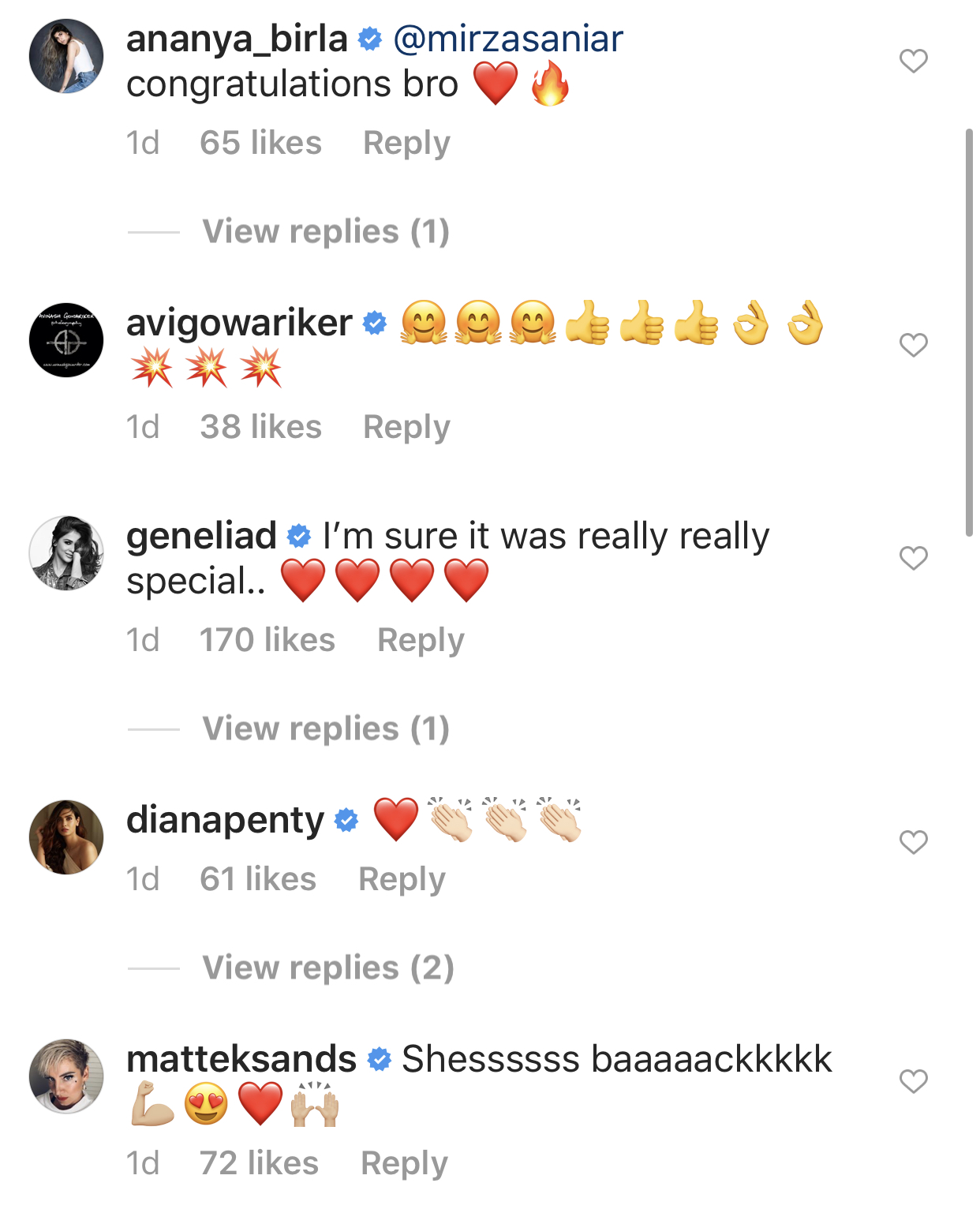 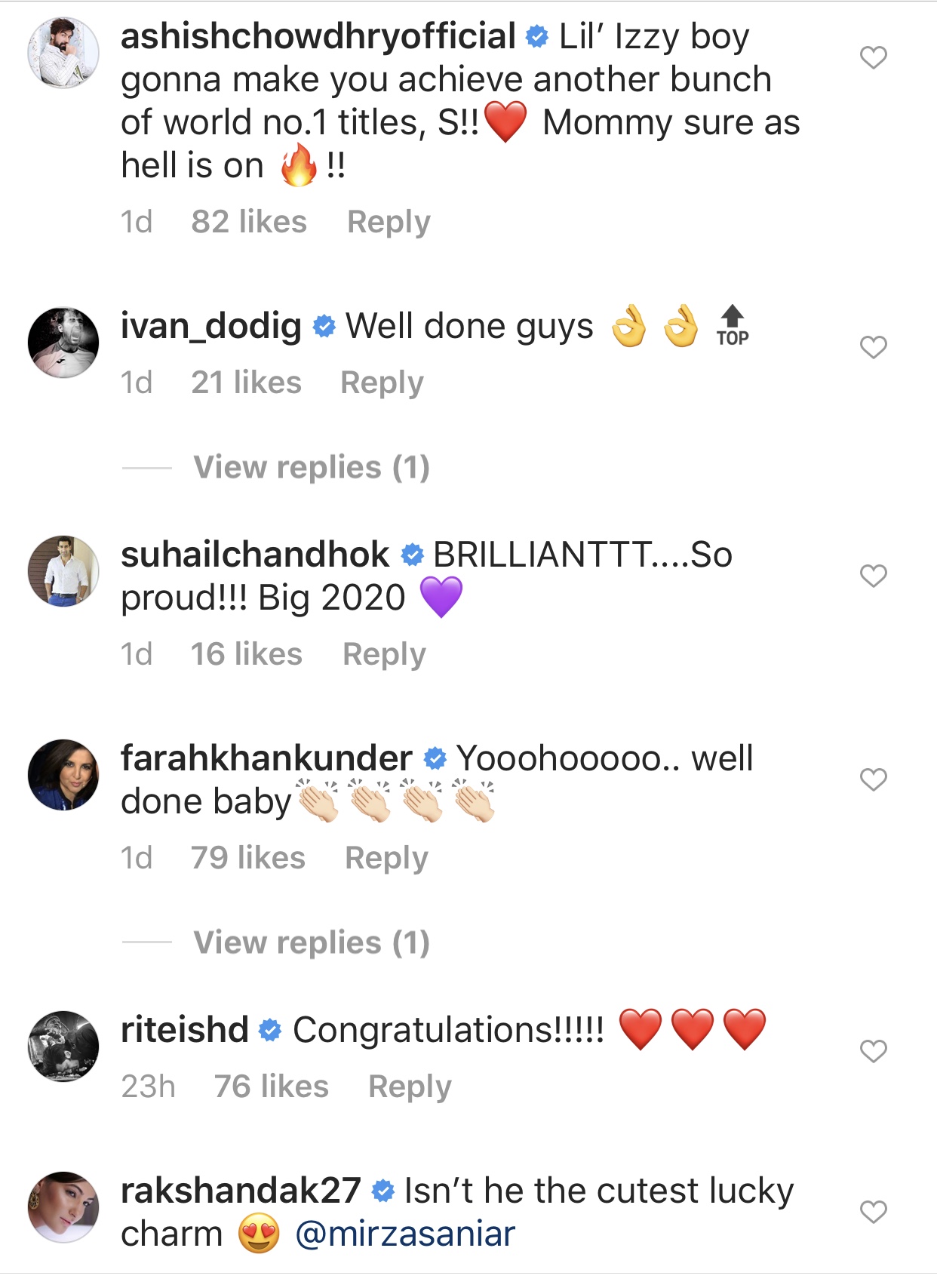 Sania is a pioneer in Indian tennis, a former number 1 in the world in doubles and has six Grand Slam titles.

In 2013, she retired from the individual competition after becoming the most successful tennis player in India ever. In 2007, she achieved a career-best 27th place in the WTA single chart.

Congratulations to Sania Mirza for her glorious victory. We definitely wish to see more of her triumphs in the future.