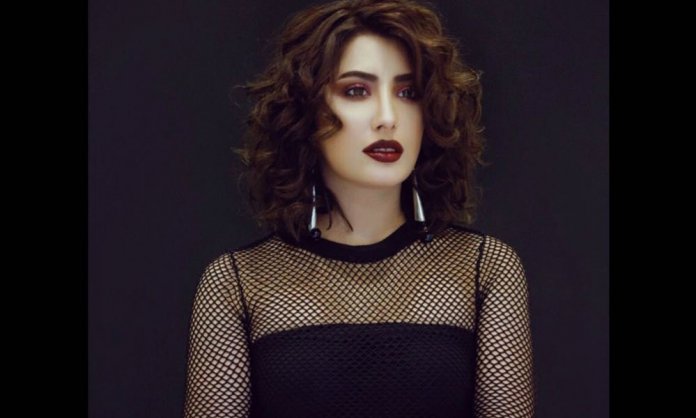 This year, the Golden Globes 2018 served as a powerful platform to raise voice against sexual harassment and abuse.

Hollywood’s biggest names responded and came forward with their own experiences about being sexually assaulted, harassed, or otherwise mistreated. Their main agenda was to bring awareness to the issue.

All the celebrities wore black dresses for the event in solidarity with the victims and even wore a pin that read ‘Time’s Up’.

Time’s Up movement is against sexual harassment founded this year in response to the Weinstein effect and #MeToo.

Joining their bandwagon, the uber-talented Mehwish Hayat took to social media to bring Pakistan to the infamous #timesup movement.

Just like all the other American celebrities who chose to wear black for this year’s event, Mehwish Hayat too posted a picture on social media following the dress code

Check out what she shared here!

It is time for women of the world to stand up for their rights. Today, I wear black in solidarity with my industry colleagues in US and push this message to the women of my own homeland, Pakistan. We are no less than men by virtue of our gender. Harassment of any form is totally unacceptable and we will not tolerate it. #Timesup #whywewearblack ♠️

Her stunning picture had an inspirational caption that said:

“In solidarity with my industry colleagues in the US and push this message to the women of my own homeland, Pakistan. We are no less than men by any virtue of our gender. Harassment of any form is totally unacceptable and we will not tolerate it #WhyIWearBlack #Timeisup.

Chain Aye Na actress and Miss Pakistan USA, Sarish Khan too joined Hayat in the movement with a sassy picture!

#whywewearblack because #wemodel supports women standing up against sexual discrimination and harassment #goldenglobes #timesup movement. Loving the support on the red carpet #happeningnow

Morning show host, Juggun Kazim too did not shy away from speaking against sexual harassment!

These posts by Pakistani starlets speaks volume of how even our industry’s prominent names stand with the right to bring awareness on issues that are so sensitive yet so common.