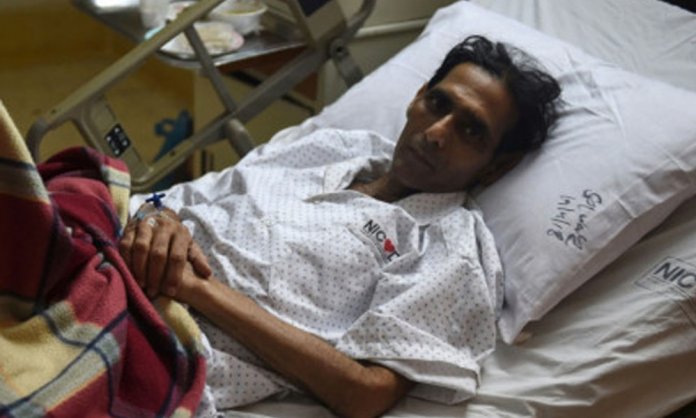 Pakistan’s World Cup winning field hockey goalkeeper Mansoor Ahmed Monday reached out to India for help in securing a heart transplant — despite years of breaking his rivals’ “hearts on the field”.

The 49-year-old has been suffering for weeks from complications stemming from a pacemaker and stents implanted in his heart.

Ahmed has been a sporting icon in Pakistan since helping the country win the 1994 World Cup in Sydney with his penalty stroke push against the Netherlands in the final.

“I may have broken a lot of Indian hearts on the field of play by beating India in the Indira Gandhi Cup (1989) and in other events but that was sport,” Ahmed told AFP.

“Now I need a heart transplant in India and for that I need support from the Indian government.”

India-Pakistan ties, including sports and cultural contacts, plummeted after the 2008 militant attacks in Mumbai, which New Delhi blamed on Pakistani militant groups.

Despite the strained ties, Pakistanis are eligible to apply for medical visas to India, renowned for its booming medical tourism industry.

Ahmed — who played 338 international matches, participated in three Olympics and various other high-profile events in a career spanning from 1986 to 2000 — said the visa could be a lifesaver.

“Humanity is paramount and I too would be obliged if I get a visa and other help in India” said Ahmed.

Sport has been one of the few avenues to improve relations between the arch rivals, he added.

“We have had a great rivalry and sports have helped on a number of occasions so that should continue,” said Ahmed.

India has suspended most bilateral sporting ties with Pakistan since 2008, with high-profile cricket tours bearing the brunt of the moratorium.

They have, however, continued to play each other in multinational events like the World Cup.