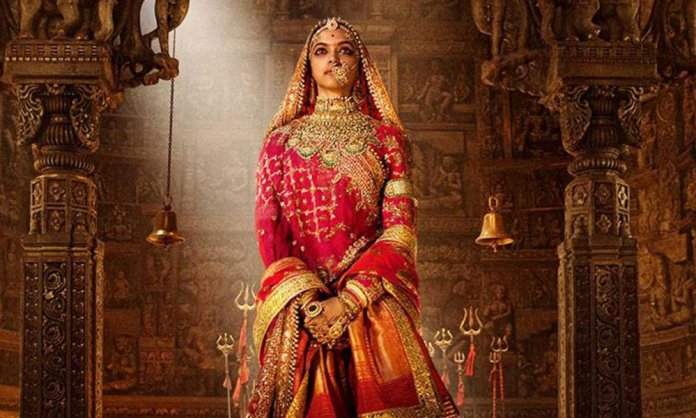 Sanjay Leela Bhansali’s Padmaavat is as true to history as Titanic is – meaning that whatever is shown on the screen may not have happened in real life.

While Titanic had an excellent soundtrack, background score and a cast that portrayed the people of the era, Padmaavat just satisfied the ego of director Sanjay Leela Bhansali who was assaulted by Hindu extremists during the shoot.

He was threatened by Hindu extremists during the promotions and whose film only got released after the Supreme Court stepped in, standing tall against the Hindu extremists.

It was very ‘shocking’ to know that the villain in the film is a Muslim and the Hindu extremists were angry on something that might even not have happened in history.

What else does the film tells us, read on:

Muslims of the 13th century were less human, more beast!

In the 13th Century, Muslims ruled half of the world and impressed the locals with their customs, their mannerisms and their dedication to their religion.

My #Padmaavat review is finally up ! Link in bio. Ranveer once again proved why he is the best. This movie was amazing. I am gonna say that Ranveer as Khilji was the strongest part of the film, couldn’t take my eyes off him. Mix of fear, rage, discomfort,laughter every time he came on screen. By the end of the film I almost wanted him to see Rani Padmavati. I feel like some parts were almost comical which made it hard to 100% completely hate the character. Most enjoyable scenes for me were definitely his Afghan dancing, and the mix of Farsi in the film. Ending was incredible, Deepika did absolutely amazing in her scenes. Her eyes tell a 1000 stories. Shahid completely fit his role, stayed calm and composed throughout and did a great job overall. Even the supporting characters and extras were perfect. What more can you want from a #SanjayLeelaBhansali film ? MUST WATCH.

However, the film shows Muslim Rulers as uncultured buffoons who would sacrifice the lives of their soldiers just to catch a glimpse of the wife of an already-married Raja just because someone told him that she was quite beautiful.

Ratan Singh is portrayed as a proud Rajput who loves his wife, loves his kingdom and cares about anything that is there to be cared for.

Yet he was stupid enough to a) enter the tent of his enemy alone, b) escape from his enemy’s castle only when his wife led the rebellion and c) agree to a duel against a maniac who used cheap tactics to win.

Of course, he loses!

We all know that women in 13th century India were treated badly yet this film tells us that Rajput men listened to their wives, didn’t let them be seen by their enemies and gave them the right to Johar which was like surrendering before the battle.

In addition, the head Rajput wife (or the second one, since there was the first wife too) decided to commit Sati along with many others prompting discussion about the promotion of an act that is condemned all over the world.

Eunuchs from Africa were white with funny accent

Actor Jim Sarbh was not a misfit for the role of Malik Ghafoor but so was the whole character – African slaves in the 13th century were usually anything but white but here we had a Eunuch from Africa who was whiter than the leading lady.

His funny accent made him a distraction as well since the film’s tempo was broken when he sang (yes, he did), he delivered a dialogue or he tried to act smart. Another actor could have done justice to the role because it looks as if African Eunuchs in that era were ‘fair-ly’ simple.

It’s better to kill a servant than terminate him

When Ratan Singh decides to send his guru (Aayam Mehta) to the gallows, his Rani advised him to spare his life and send him away from the area. His crime was being a Peeping Tom especially when the Raja and Rani were having a good time.

This villain, Alauddin Khilji, played by our charming @ranveersingh , was so flawless in the film. The real expressions, the demon that came out while doing the act, the psycho cave that made all the #padmaavat audience crawled into, was uplifting. Ranveer played his character so perfectly that I know for a fact that many of us were frightened by him while watching. The emotional impact he poured into the audience's heart, the hatred towards the character, is absolutely surreal. Believe me, everyone felt that! . . . . #padmavati #padmaavat #bollywood #deepikapadukone #shahidkapoor #ranveersingh

However, that wasn’t the bigger crime here because Padmavati’s decision to spare the Guru’s life brought them more trouble. He joined hands with Alauddin Khilji, told him stories about the beauty of Padmavati and advised him to attack the castle and capture the most beautiful woman in the world.

The holder of everything nayab listened to the advice but before he could even eye his crush, all the women of Rajput clan committed Sati, collectively. Too bad!