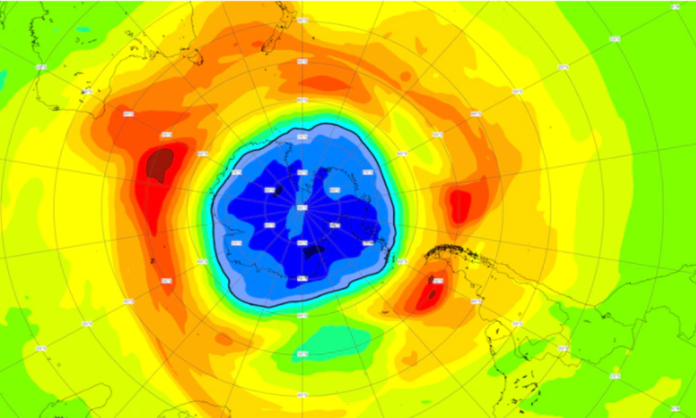 What Is The Ozone Layer?

The ozone layer is a region of Earth’s stratosphere that absorbs most of the Sun’s ultraviolet radiation. It contains a high concentration of ozone. Unfortunately, the gradual depletion of the ozone layer has been occurring since the 80s. Gradual depletion means the thinning of the ozone layer to the point that a hole is created. Chlorofluorocarbons or CFCs are the main cause of this. These are released by solvents, spray aerosols, refrigerators, air-conditioners, etc.

How Have We Contributed?

Human activities involve such substances found in refrigerators and air conditioning equipment and in fire extinguishers. Others include aerosol propellants, solvents, and blowing agents for insulation foams. Activities that release pollutants into the atmosphere alter it. Global warming is caused primarily by putting too much carbon dioxide into the atmosphere when coal, oil, and natural gas are burned to generate electricity or to run our cars which eventually leads to carbon dioxide spreading around the planet like a blanket. This is the main gas responsible for the absorption of infrared radiation (felt as heat). 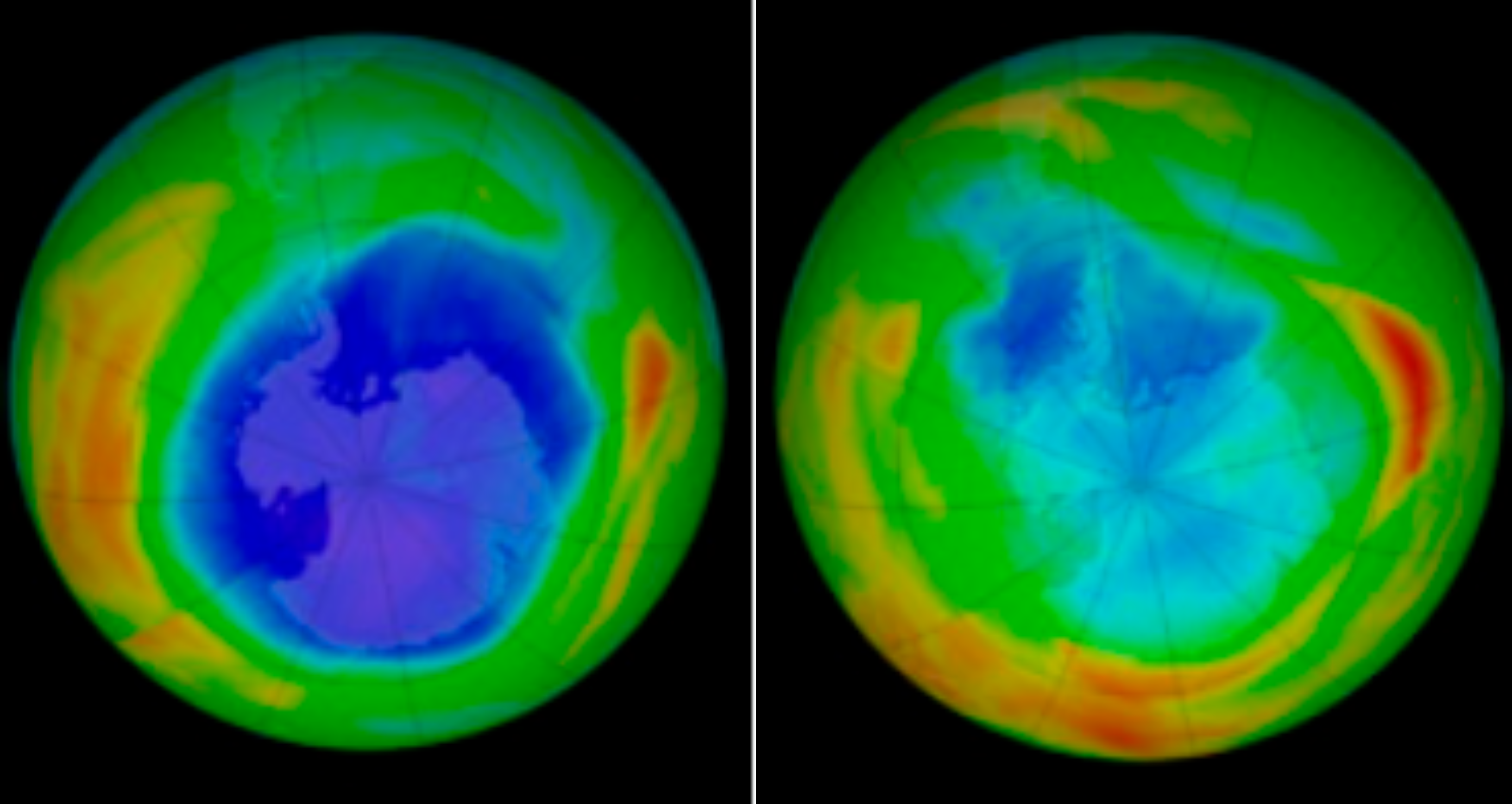 The hole lies above Antarctica. The pictures above show the difference in the size of the hole. The first picture is from 2022 and the second is from 2023 after recent research from scientists. Scientists from NASA and the National Oceanic and Atmospheric Administration (NOAA), reported that the hole in the ozone layer is continuing to shrink. “Over time, steady progress is being made, and the hole is getting smaller. We see some wavering as weather changes and other factors make the numbers wiggle slightly from day to day and week to week. But overall, we see it decreasing through the past two decades.” said Paul Newman, chief scientist for Earth sciences at NASA’s Goddard Space Flight Center.

Is The Earth Finally Safe?

No one can say with full certainty whether the Earth is finally completely safe or not. But, there is some good news. Scientists have been closely monitoring the hole with new 3D imaging technology. They say it could heal by 2070 thanks to massive global help especially the Montreal Protocol signed in 1987. CFC’s have also been banned in around 200 countries. The hole has been closing by 3% every decade reportedly. This is a significant improvement on the path to recovery.

How else can we save the planet? Let us know in the comments below!