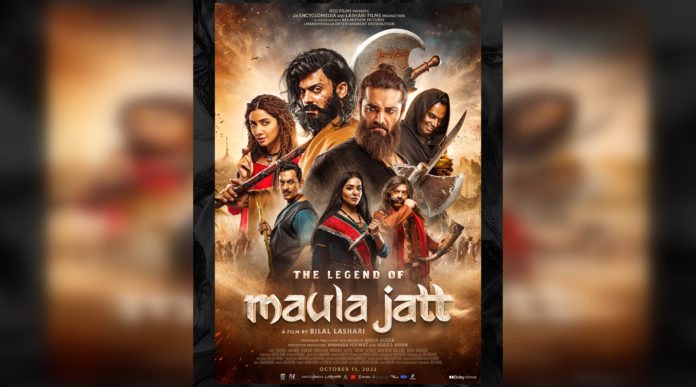 28th September, 2022, Karachi: After the release of the character posters, the filmmakers have finally released the official poster for the much anticipated ‘The Legend of Maula Jatt’. The movie hits the theatres worldwide in two weeks on 13th October and advance booking starts this Friday, 30th September from 7:00 p.m. onwards in Pakistan.

The official poster features the largest ensembled cast ever for a Pakistani movie including Fawad Khan as Maula Jatt and Hamza Ali Abbasi as his arch nemesis, Noori Natt. Mahira Khan, Humaima Malick, Mirza Gohar Rasheed, Faris Shafi, and Ali Azmat are also some of the leading names amongst the cast. The character posters had already caused a lot of hype around the film, and now audiences are even more intrigued to watch it. With international standard VFX expertise, The Legend of Maula Jatt is the kind of film that has never been seen before in Pakistan and viewers are on the edge of their seats for its release. 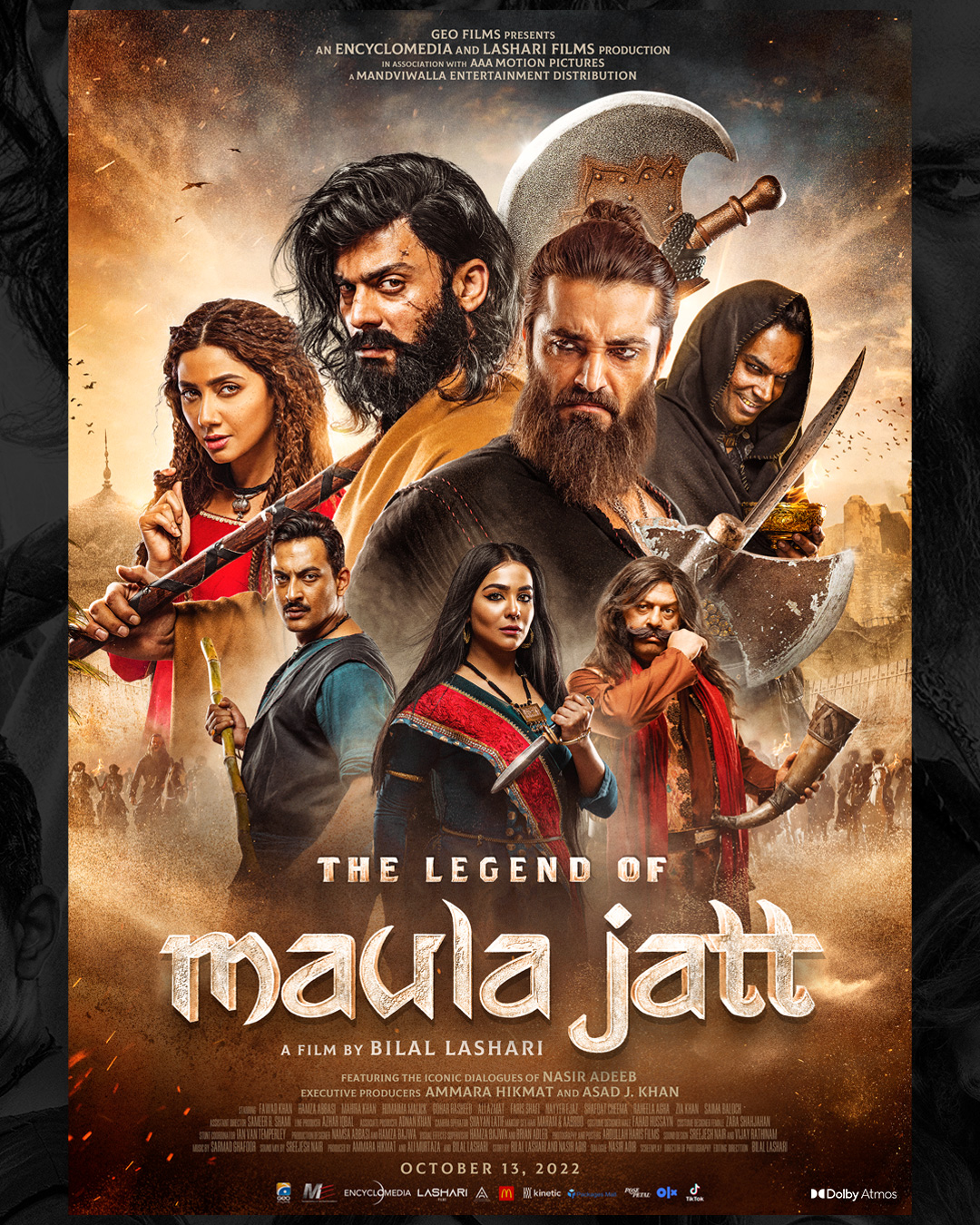 TLOMJ has already been cleared for release in Sindh with a PG rating by Sindh Censorboard. Based on the rivalry between Maula Jatt and Noori Natt, the film is a hard reboot of 1979 original ‘Maula Jatt’.

The Bilal Lashari-directed masterpiece has been produced by Ammara Hikmat under the joint venture of Encyclomedia & Lashari Films in association with AAA Motion Pictures. The screenplay is by Bilal Lashari and dialogues have been penned down by Nasir Adeeb.

The filmmakers have partnered with Geo Films, Pakistan’s largest media conglomerate and an important contributor to the revival of Pakistani cinema, as their presenting partner. The film will be locally distributed by Nadeem Mandviwalla of Mandviwalla Entertainment, who is well known for his work and contribution to the cinema over the decades, and internationally the film will be distributed by MovieGoers Entertainment.