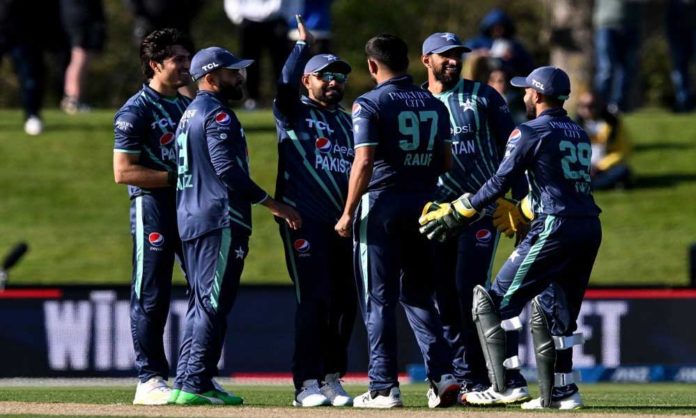 Pakistan defeated Bangladesh handsomely with 21 runs in the first game of the tri-series featuring the host New Zealand too. Mohammad Rizwan bagged man-of-the-match for his 50-ball 78, at a strike rate of 156. As the title says, ‘Nothing changed except the venue’, this match followed the same pattern as the matches in the series against England.

Soon, Rizwan will break all Babar Azam’s record in T20I. Consistency of Rizwan in T20Is is on another level. No.1 batter for a reason. Take a bow man.#Rizwan #muhammadrizwan @iMRizwanPak #PAKvsBAN pic.twitter.com/1zcOVODBJy

The only change was the strike rate of Babar Azam, which came down from his normal 105ish strike rate. Rizwan anchored the innings until the middle overs, completed his fifty, accelerated the innings, and lost his wicket in the process. Although, he is the only consistent batter in the current Pakistan line-up, but he needs to play attack from the start.

Then we have Shan Masood, who is trying to solidify his case and silence the critics who have been after his life, only after two matches, he started well, but couldn’t capitalize. Followed by our wibbly-wobbly middle comprising of Haider Ali, who is richly talented yet failed to play at his full potential in international cricket. He has all the tools to be a match-winner, however, the way he is playing at the moment is questionable.

Iftikhar, on the other hand, has been selected after his performances in the domestic circuit, be it PSL or National T20, yet, he has not been able to replicate that kind of performance with the national team. And then we have Asif Ali, the match winner in the eyes of social media. Khushdil Shah was not part of this match, but he is part of the troubled trio with Asif and Iftikhar.

Back to today’s match, Babar fell early, Rizwan scored 50, Shan played some pleasing shots but fell cheaply, and after that our middle order collapsed just like they have been collapsing since Asia Cup 2022. Bowlers performed not so outstandingly but enough to win the game against troubled Bangladesh, who is also without their regular captain Shakib al Hasan.

The way Pakistan is playing ever since Asia Cup is going to cause troubles at T20 World Cup in Australia. If this middle order couldn’t capitalize on slow Asian wickets, then how would they cope with extra bounce on pace-friendly tracks in Australia? Mark Wood made life miserable for Pakistani batters on Karachi’s wicket, imagine how difficult would it be to face the world’s best fast bowlers that too on fast pitches down under. There are too many questions in Pakistan, and Pakistan has only a few matches before the T20 World Cup to find their answers because World Cups can’t be won banking on one or two players and prayers only.