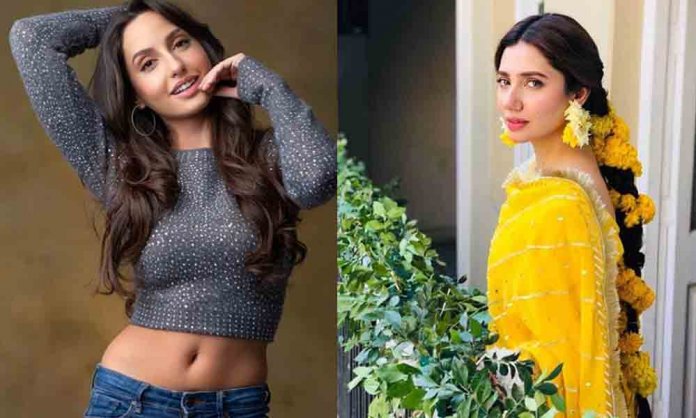 Lately, some rumors have been doing all rounds on social media that Mahira Khan’s upcoming movie ‘Superstar’ will be featuring Bollywood beauty Nora Fatehi.

As soon as the rumors initiated, her fans and followers in Pakistan were really excited to see the dance steps of the Indian beauty queen in the flick.

However, Nora Fatehi’s fans were left heartbroken when the makers of the movies denied the rumors and said that they have never approached the ‘Dilber’ girl for an item song.

Recently, the actress herself broke silence over singing the movie and said that she was surprised to read the news. She said that the news is not true and she is currently focusing on her acting career, not item songs.

I don’t know from where these rumors have started. I am not doing a dance number in Superstar and have not signed any Pakistani film.

In fact, even I was surprised to read this bit of news and let me make it clear to everyone, it is not true. I am focusing on my acting career and not item songs at the moment.