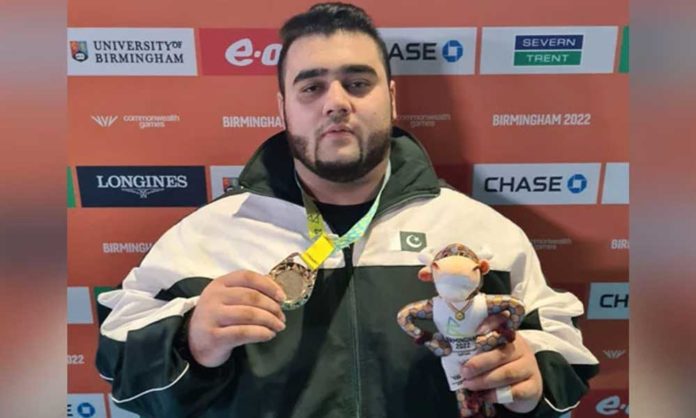 Nooh Dastgir Butt, won Pakistan’s maiden gold medal in Commonwealth Games (CWG) 2022 at Birmingham. He won the gold medal men’s +109 kg weightlifting event. Butt lifted 173kg in the snatch category, while he lifted 232kg in clean and jerk setting another record. He lifted 405kg overall, which is also a record in CWG 2022.

Pakistan has also won a bronze medal in CWG 2022, with Shah Hussain Shah defeating South African Thomas-Laszlo Breytnbach in the 90kg category of Judo. Shah had never competed in a 90 kg event before, having previously competed in the 100kg category. He is the son of Hussain Shah, a former Pakistani Olympic boxer who won the country’s first Olympic boxing medal, a bronze medal, in the 1988 Summer Olympics in Seoul, Korea.

He dedicated his gold medal win to his father. He said, “It was not easy for me to lift such a heavy weight. But I pulled off doing it with hard work of 12 to 13 years. I dedicate this gold to my father, who worked for 12 years and helped me reach this stage.”