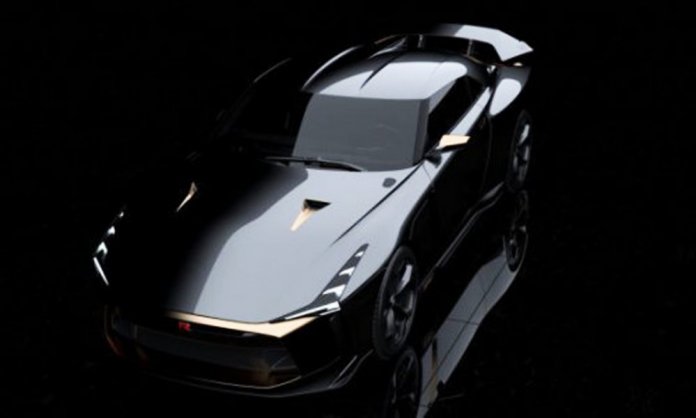 This is the first time the famous Italian design company has worked with Nissan and looking at what they’ve managed to produce they should perhaps be encouraged to work together more often.

Compared to a regular GT-R, the GT-R50 has a lower nose and roof and wider wings, which help to make it one of the most aggressive-looking GT-Rs ever produced.

As well as looking the part, the car also has the performance to back up the stunning styling. The 3.8-liter V-6 engine has been given the huge turbos from the GT3-class racing car, as well as larger intercoolers, higher-performance cams and upgraded pistons, rods, bearings and crankshaft. All these enhancements mean the car produces a massive 710 horsepower and 575 lb.-ft. of torque, which is 110 horsepower and 94 lb.-ft. more than a standard GT-R Nismo.

To cope with all the extra power, the differentials and axles have been strengthened to make sure nothing breaks when launching, and Brembo six-piston brakes are on the front wheels with four-piston units at the back to stop the car while a Bilstein active suspension helps with cornering.

The interior has also been given the anniversary treatment to make it as special as the Italdesign exterior styling. Nissan’s American and London design teams have produced a cabin awash with carbon fiber and Alcantara, as well as plenty of gold accents to tie in with the gold elements on the outside of the car.

If you want to get your hands on a GT-R50 you’ll be disappointed to learn there are no plans to put this car into production, and Nissan also insists this is definitely not a preview of a next-generation GT-R either. It looks as though this will be a one-off special celebration of the 50th anniversaries of the model and the design company.