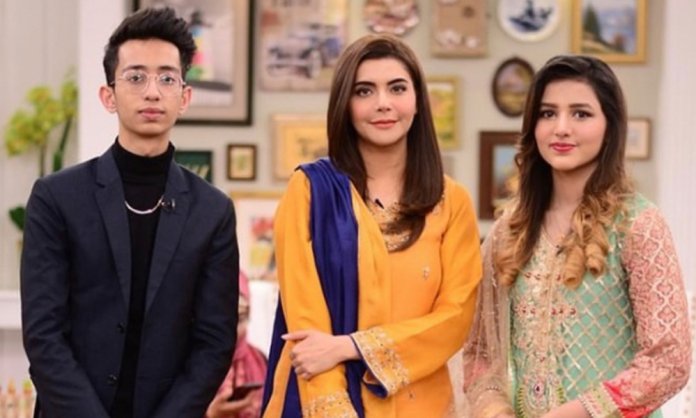 Just recently, a newly married teenager couple Asad & Nimra took over the internet by storm. However, little did the couple know that they would go viral and become famous in no time. This beautiful couple received lots of love and blessings from their fans and followers but also became part of harsh criticism.

Pakistani morning shows have become a major disappointment, nowadays. People have been complaining about morning shows losing their standards and credibility. From dancing to fake weddings, most of these shows have content with no quality and people have literally started hating such shows.

Speaking of which, the famous Pakistani actress and morning show host, Nida Yasir decided to invite the newly-wed couple, Asad and Nimra on her show ‘Good Morning Pakistan’.

Check out the cute young couple!

As always, Nida Yasir asked some irrelevant and pointless questions that clearly made the couple uncomfortable. The following clip was making rounds on the internet and people couldn’t hold back their anger.

Here’s how they reacted to the video clip!

Well, that really didn’t go so well. But it turns out that there quite a few people who actually love watching such shows. What do you think of this interview? Let us know in the comments below.

This article was originally posted on VeryFilmi.