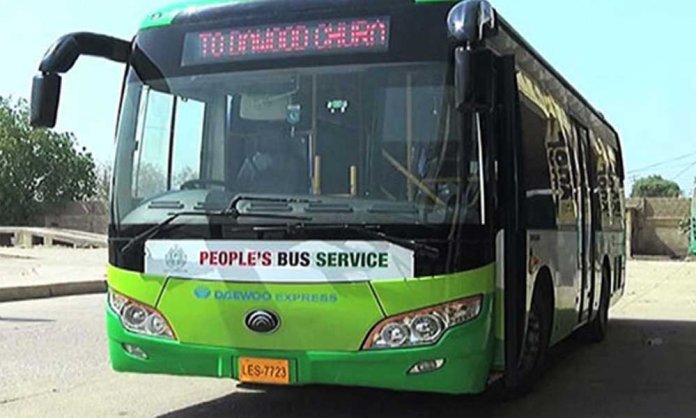 During a press conference held on over the weekend, the Sindh Transport Minister announced a new bus service project which will be launched in Karachi.

The Government of Sindh has signed an agreement in collaboration with Daewoo, a Korean transport company, under which 1,000 new luxury buses will be introduced in the metropolitan.

“The Sindh government is on standby to remove encroachments from the land of the KCR [Karachi Circular Railway] whenever Sheikh Rashid issues the NOC for the purpose. Sheikh Rasheed should come here as we are ready to work together,” said Syed Awais Qadir Shah, Transport Minister Sindh.

During the project’s early phase, the buses will run on 40 different routes. Two months later the second phase of the project will begin.

In the second phase, 200 more buses will be added and the project will be expanded to other cities as well.

The buses will run on CNG, and the city’s CNG shortage will not affect the project. Moreover, all the buses running under this project will be air-conditioned.

Honda to Start Production in Pakistan!

Currently, a fleet of 10 buses is being operated under the bus service mainly on Shahra-e-Faisal, connecting Dawood Chowrangi in Landhi to Merewether Tower.

Also, it should be noted that the Bus Service is being launched without using public funds and funding support.