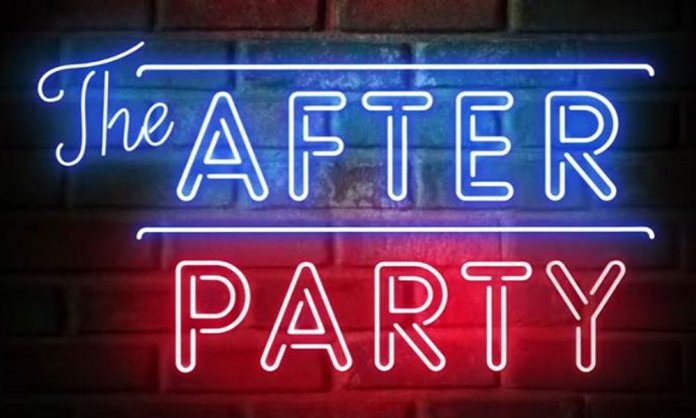 “iSpy” rapper Kyle stars in the upcoming Netflix comedy “The After Party,” whose first trailer hints at the huge roster of artists who appear in cameo roles.

“The After Party” stars Kyle as an aspiring rapper who goes viral for the wrong reasons after taking a hit off Wiz Khalifa’s joint before a show.

His best friend then offers him a chance to redeem himself at a New York City after-party.

Kyle, who is billed as Kyle Harvey, is joined in the cast by Harrison Holzer as his best friend, Shelley Hennig, Teyana Taylor, Jordan Rock, Amin Joseph, Andy Buckley and Blair Underwood.

“The After Party” launches on Netflix August 24.