Home Entertainment Netflix’s ‘Messiah’ Has Caused a Stir on Social Media After its Premiere!
Advertisement 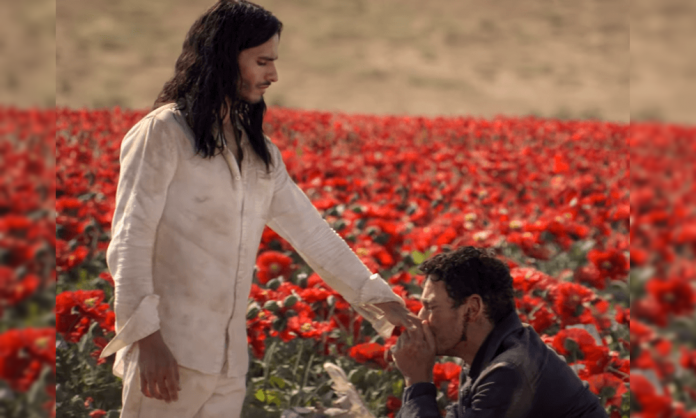 The latest Netflix TV show Messiah has caused a bit of stir on social media. The controversial thriller Messiah was branded as ‘anti-Islamic’ ahead of its premiere.

In fact, when the trailer of Netflix’s Messiah was released in 2019, Pakistani Twitter was in a fix as #Dajjal became one of the top trends on social media.

Now that Messiah has been premiered on Netflix, the masses have mixed reviews about the series.

The plot of the show is about a man who resembles the Islamic appearance of Hazrat Isa (AS) and claims to be a messiah after putting a raft of miracles on display.

It further goes onto developing how this extraordinary entity played by Mehdi Dehbi, is being investigated by the Central Intelligence Agency (CIA), Eve Geller (Michelle Monaghan), who believes this is part of a large-scale geopolitical hoax.

the story of messiah Netflix Season (antichrist) as the prophet muhammed exactly told ?
if Your muslim u don't have to watch…#Messiah #Netflix #Muslim pic.twitter.com/TlBkUWsanC

People are furious at the latest project by Netflix

It shows a reckless Islamic-false-Messiah who speaks in Allah’s name and is against Israel.

The world is being ushered in to the greatest deceit ever! Mark 13:21-22

I usually follow end-times signs, but that is making me sick!🔥

Is the series actually more than what we see?

Say no to the #Messiah series of #Netflix because it is based on anti Islamic teaching
A series can not teach you the religional facts except wrong.
If you are a muslim you have to read the Quran and hadees of prophet Muhammad (SAW) about messiah dajjal and prophet jesus. pic.twitter.com/opRaMqNzGO

However, some people lauded the plot of the series.

#PlotTwist What if Al Masih is really the Antichrist and Keon(which means King Of Kings) is Christ? 🤔 Great series! Can’t wait for season 2. #messiahnetflix #Messiah pic.twitter.com/2tJW0TGEgW

#Messiah ep.6
Yes all of this religion mess is from #iran pic.twitter.com/2ZQYhkjGn6

Half way through #Messiah, but still I haven't found anything blasphemous against Islam or any other religion for that matter. Its seems like a well-put commnetay on the geopolitics and mainly CIA-led American politics #MessiahNetflix

The show seems to be intriguing for some people

Messiah is really provoking and intimidating.
And for those following one of the Abrahamic religions who have just a simple idea of the subject prepare yourselves for a journey.

In Islamic theology, Dajjal impersonates the true messiah and is often described as having curly hair, being blind in one eye, and sporting the word “kafir” (“unbeliever”) on his forehead.

It’s still unclear where Messiah, which is streaming now, will go with the name, though we won’t have to wait much longer to find out.