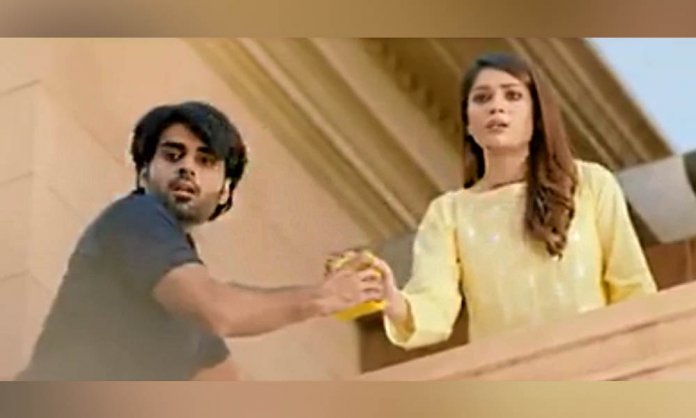 Chai is an essential part of everyday lives of Pakistanis. Addicted to the beverage, their devotion towards tea knows no bounds.

With the love of chai so deep, there is a huge demand for the desi drink in the market. There are a plethora of brands that are thriving in the industry, some dominating while the rest occupying small chunks of the market.

Recently, a new chai brand ‘Qamar’ has emerged and has rolled out a campaign to create a splash in the marketing world

However, the TVC starring Neelum Munir and Maliq Aqeel has created a buzz on Khalid Alavi Marketing Next for all the wrong reasons.

The cup of “steaming” tea by Qamar has stirred up a “hot” debate on social media and people just cannot stop reacting to it. Riding high on sexual appeal and weak humor, the viewers are shocked over the sexual implications in the ad.

Critics are savagely comparing it to a condom commercial…

Apparently, it was too filmy to handle!

Some found major loopholes in the plot!

While others felt bad for the actress Neelum, in the ad…

Looks like the makers of the tea didn’t realize that their concept would be depicted in such “bad taste”.

What did you think of the commercial? Let us know in the comments below.