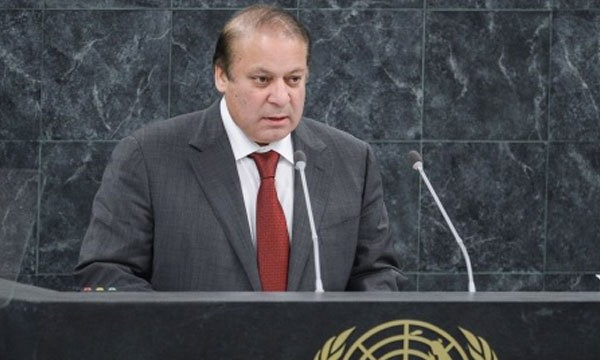 In his speech at the United Nations General Assembly, Prime Minister of Pakistan Nawaz Sharif emphasized on maintaining peace with India. However, he was of the opinion that harmony cannot prevail while Kashmir issue remains unresolved between the two nations.

He continued that Pakistan is keen to settle the burning issue via dialogue and supports the demand of the Kashmiri natives right for self-determination.

“Confrontation should not be our destiny in South Asia. Pakistan wants peace with India.I have gone the extra mile to achieve this, repeatedly offering a dialogue to address all outstanding issues,” he said.

“Peace and normalisation between Pakistan and India can’t be achieved without the solution of Kashmir. We should resolve our differences in Jammu and Kashmir. Talks are in the interest of both the countries”, said Nawaz Sharif.

However, India has strongly criticized Sharif’s address. Junior foreign minister MJ Akbar said to the media, “It is shocking that a leader of a free nation can glorify a self-declared terrorist (Burhan Wani). This is self-incrimination by Pakistan.