Actress Nausheen Shah has always been vocal when it came to stating her opinions. She doesn’t shy away from saying what she thinks is right. While that may be a good trait when you want to address bullying in an industry, it might not be that great if you are making irresponsible statements.

Earlier, the celebrity who had taken the accusations by Yasir Hussain in a stride. When in an interview, the host had tried getting her to talk about it, she shut it down saying Yasir was an unimportant person for her. The same person took to Instagram stories expressing her frustration about her mother’s obsession with Nausheen’s marriage.

Now the terms that she used were problematic. She used extreme slang as an adjective for Pakistan. And it was clear that she had had a recent unpleasant talk with her mother which is where the anger came from so people were offended. They were offended at the idea that is this how she talks to her mother? 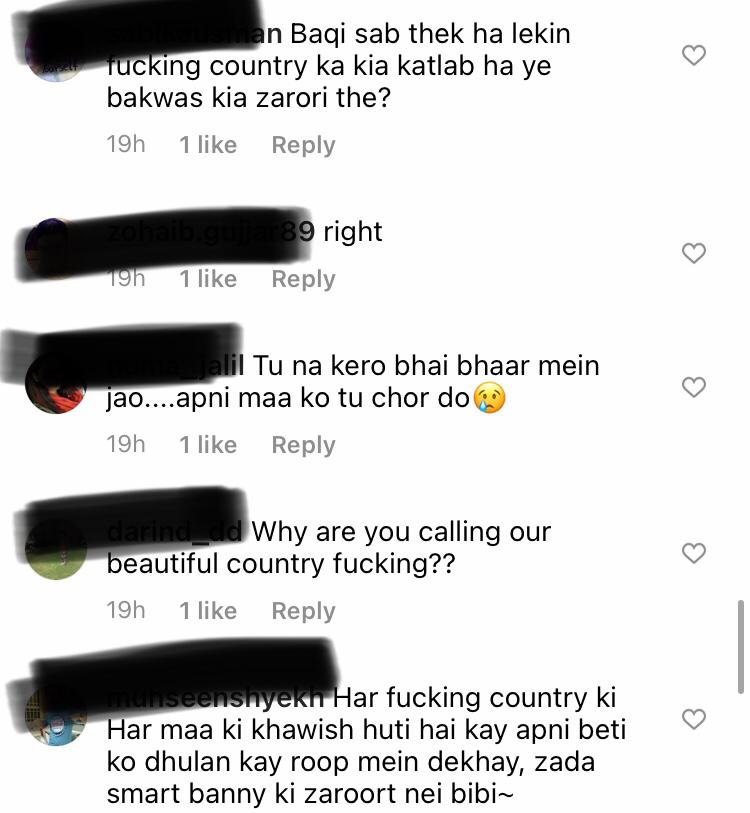 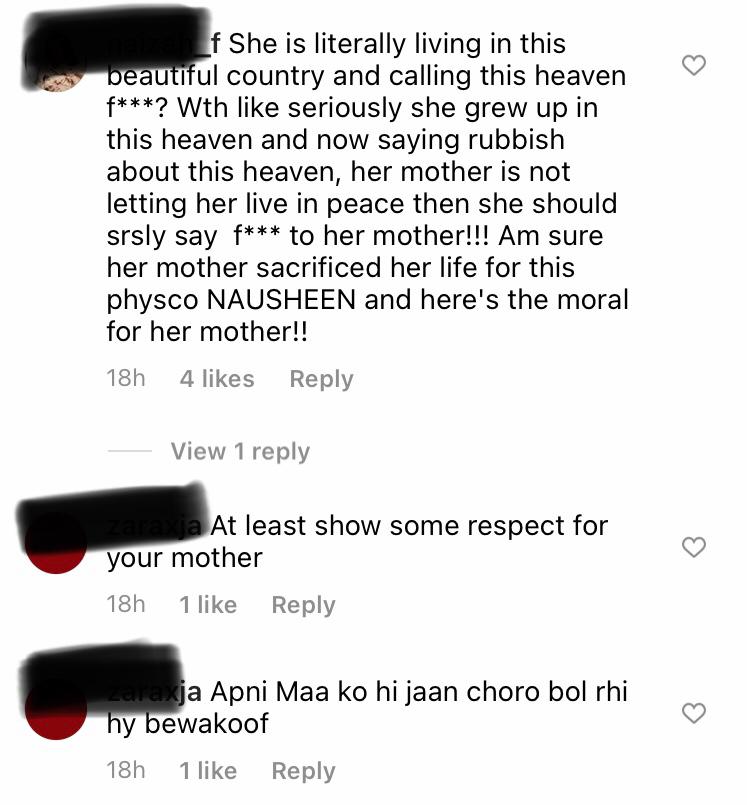 As the drama usually plays out, when a celebrity makes a post, shares a story, or comments on someone else’s post, Instagram blogs reshare it. On one such platform, Galaxy Lollywood, the story was shared. A designer, Umar Sayeed commented from his official account on Galaxy’s post, a pretty mean comment. He said since she is not married, she is making such statements to save face.

Nausheen did not stray far behind

Angry at the statement, she replied right there. She said that he has no right to say this considering he is gay who sleeps around with men. She adds the phrase, ‘Allah Maaf kre’ (God forgive me).

Considering Pakistanis are already full of hate and discriminate against the gay community, as an influencer, she should have been careful at what she said.