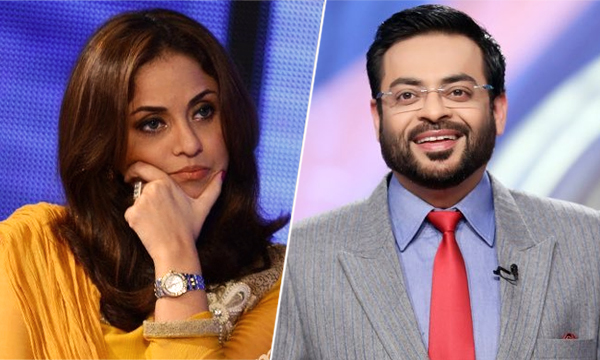 Aamir Liaquat’s ‘Game Show Aisay Hi Chalay Ga’ on Bol has been the talk of the town since the pre-Ramazan hype the show producers created. With prizes that not even Jeeto Pakistan could top, the game to achieve the highest TRP’s just got tougher!

However, the Holy month of Ramazan is ending and nobody has won a plane from the Bol game show. Recently, Nadia Khan made an appearance on Sanam Baloch’s Ramazan transmission and passed a few remarks on the popular game show aired during the month.

Nadia talked about a certain Jahaaz being gifted on a show. Any guesses to whom she was referring to?

There is only one who’s giving away planes and that’s the one and only Aamir Liaquat!

Madiha Iftikhar also joined the diva on the show and jokingly added,

The former queen of morning shows, Nadia Khan insists, that she would love to have a plane of her own since she travels frequently.

Looks like Aamir Liaquat needs to invite and show Nadia Khan and Madiha Iftikhar the plane he’s going to give out as they definitely believe he’s been joking about it.