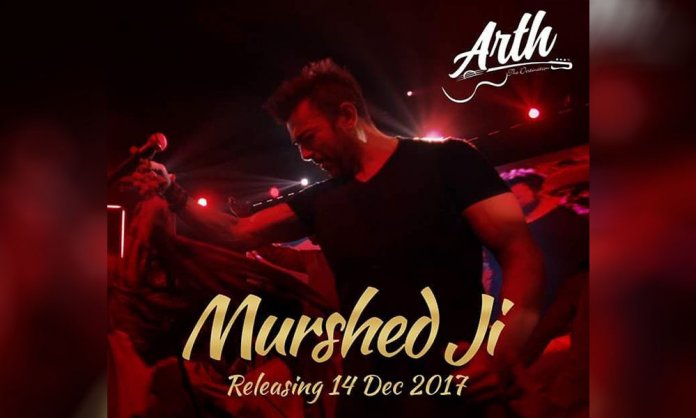 The promotions of Shaan Shahid ‘Arth-the Destination’ are in full swing! The film has created the right hype and hoopla, making sure it gives a tough time to its rival ‘Rangreza’, starring Urwa Hocanae, Gohar Rasheed, and Bilal Ashraf.

Just a few days before its release, the movie has dropped a song that has written an ultimate chart-buster all over it.

The unveiling of its latest musical number ‘Murshed Ji’ has captivated the lovers of Sufi music with its blend of soulful lyrics and and contemporary rock.

And of course, the credit goes to strong vocals of Sahir Ali Bagga and Rahat Fateh Ali’s baritone voice, not to forget the bona fide direction by Shaan Shahid. The trio combined together have taken the soundtrack to another level.

We are now compelled to say that Arth is already a super hit!

Pakistanis are obviously loving it as the nation is brimming with music aficionados who are die-hard lovers of Sufi melodies.

But the tune has created a furor in India and even caught the eye of the veteran director, Mahesh Bhatt

Bhatt was all praises for RFAK, Sahir Ali Bagga and of course, Shaan!

Yeap, he was mind-blown!

SENSATIONAL! Rahat Bhai and Bagga come together and set the screen ablaze. Shaan staggers u with his animal vitality!

It is for sure that Shaan has done a lot of hard work for the remake of Mahesh Bhatt’s 1982 Arth and it is apparent from the promotions.

He instantly expressed his gratitude to Mahesh Bhatt!

Indian Twitterati too is adoring the rendition!

Beauityfull song .rahat sahab is our legendery singer.i love u and I miss u rahat sir.thanks mahesh sir👌👏

What do you think about the song?
Let us know in the comments below.