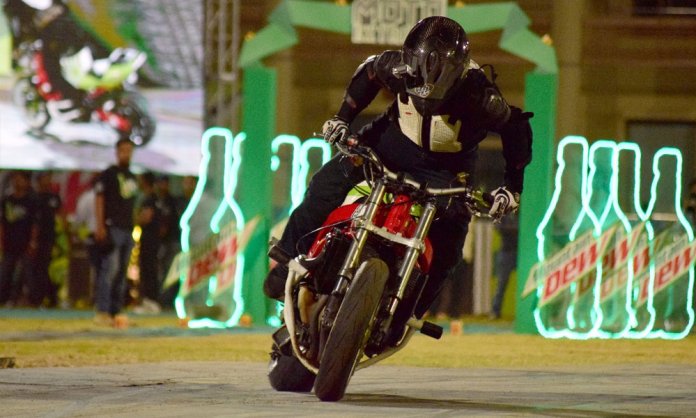 Mountain Dew has begun their three-city action rampage, starting from Karachi on the 21st of April!

The biggest biking stunt show of Pakistan went down at Moin Khan Stadium on Saturday. 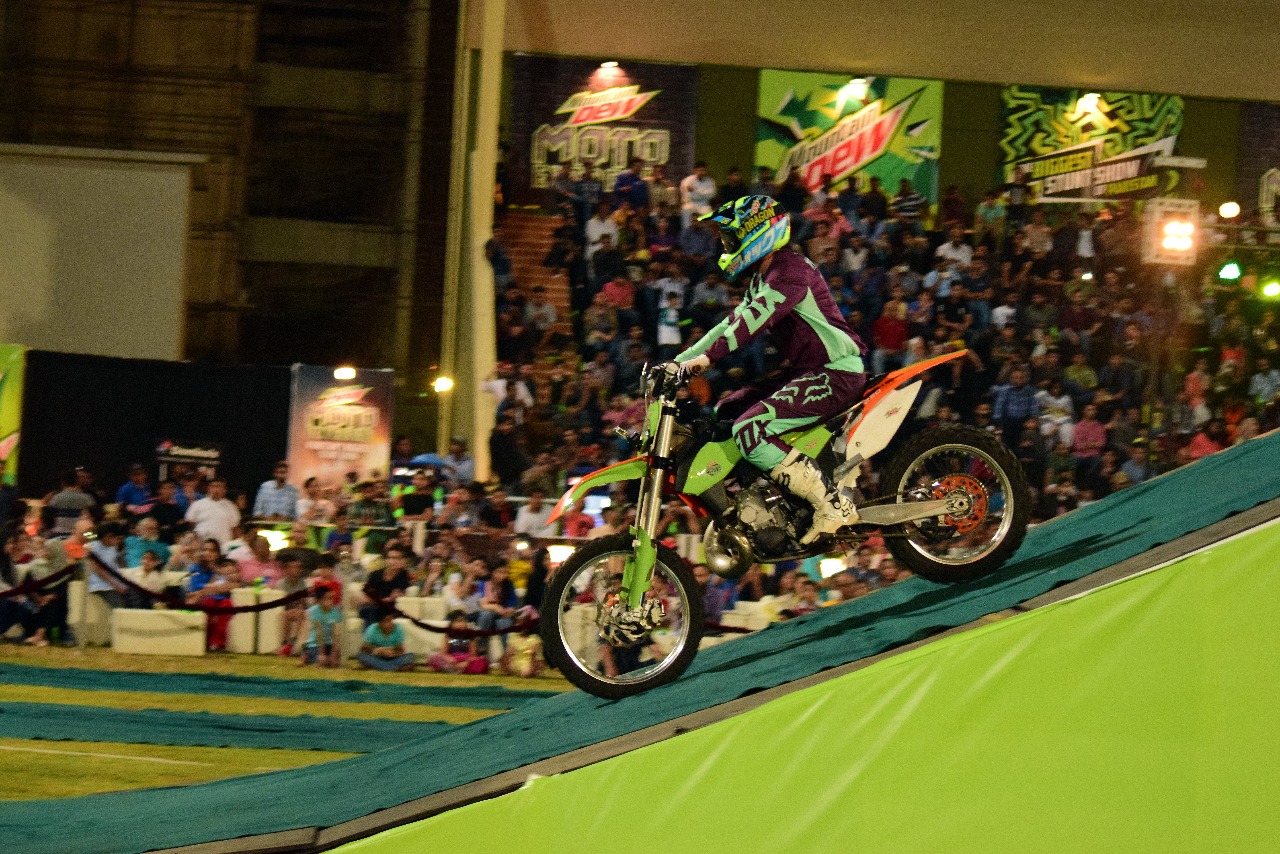 Mountain Dew Moto Extreme brought together Super-bike and FMX with Freestyle Motocross Stunts which were performed by some of the top riders from around the globe!

The renowned daredevils of the night were Nick De Witt from South Africa, Fredrik Frog Bergren from Sweden and Dallan Goldman, crowned King of the Whip; they wowed us with FMX stunts! DiDi Bizzaro, one of the best stunt riders on his Super-bike, also showed off his skills! 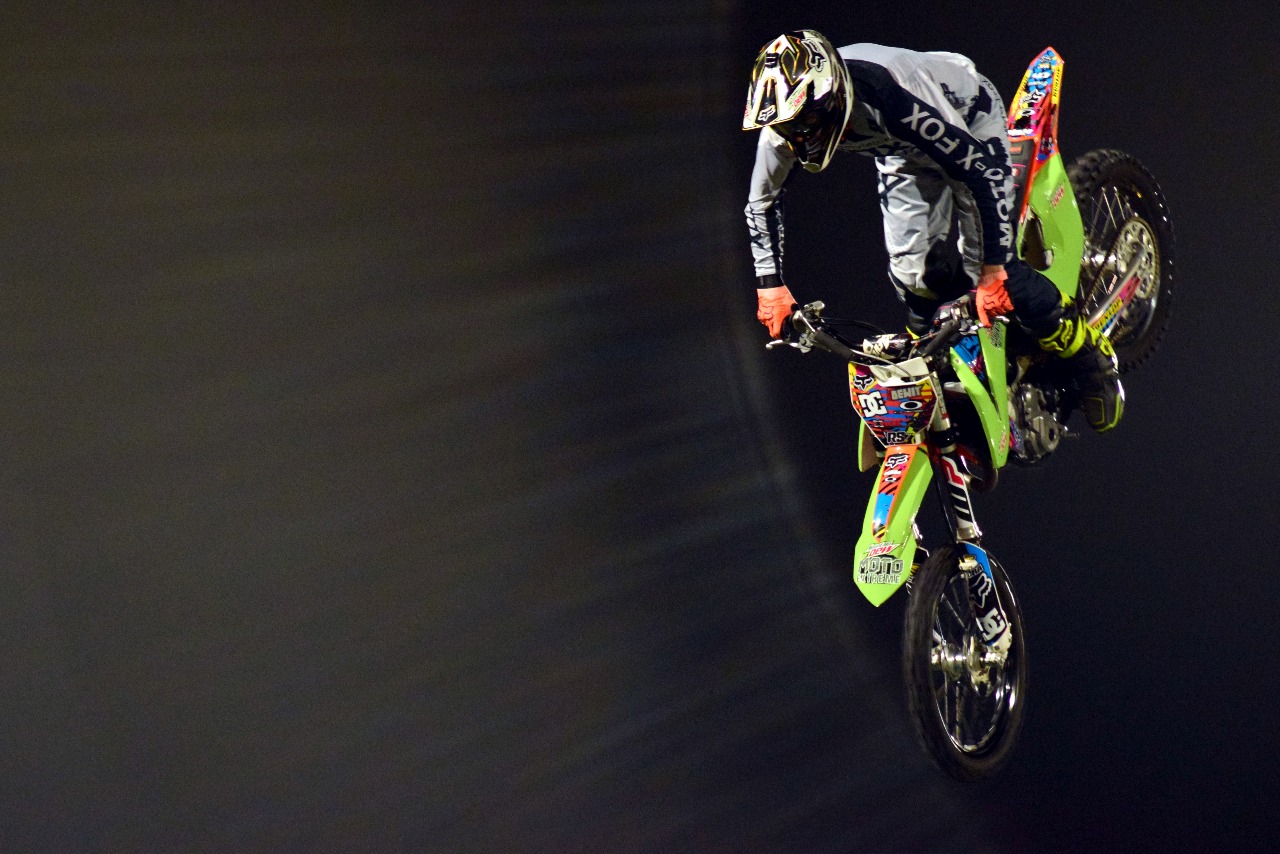 They were a sight to behold as they fearlessly soared over the arena with their heart pumping stunts, keeping the crowd in awe of their skills.

This was not the first time Mountain Dew pumped adrenaline through our cities. 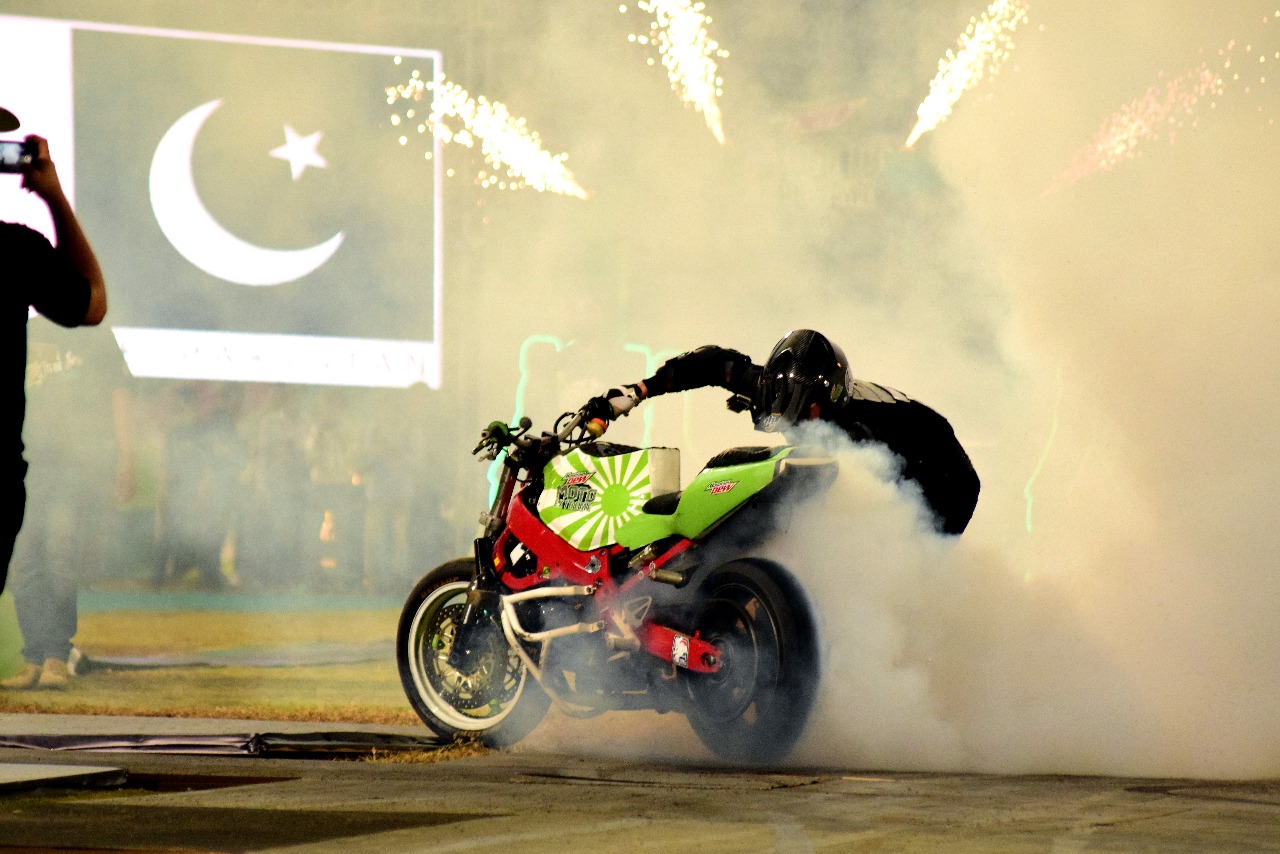 Mountain Dew continues to hold the promise of instigating fearless adventures for their consumers to experience! The incredible stunts combined with fabulous performances by Call the band, Somewhat Super and a thumping Drum act rocked the audience to their core! 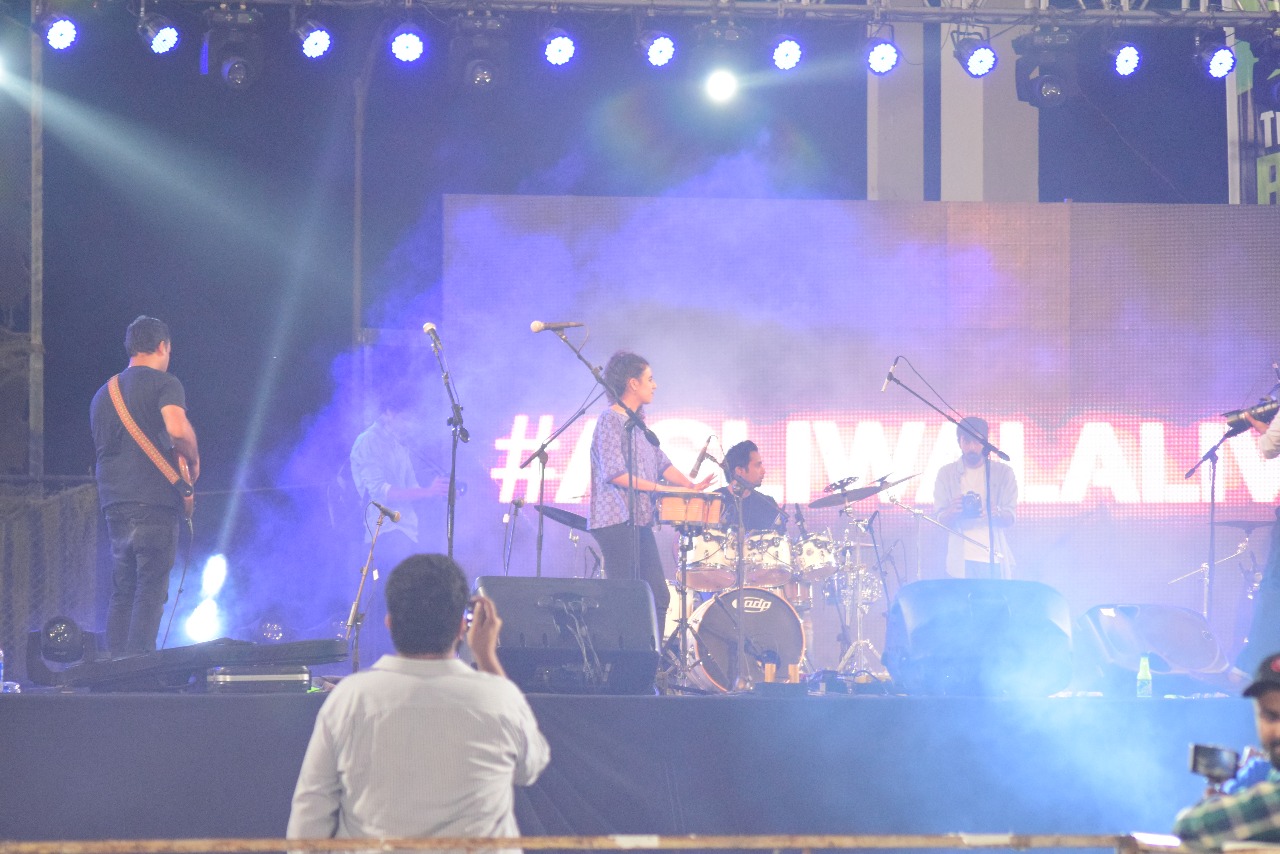 The event was the talk of the town as Pakistan’s big names and personalities, including those from the music and film industry, graced the event with their presence and added to the heart-thumping action!

After shaking up Karachi, the event will hit Lahore and Islamabad next.