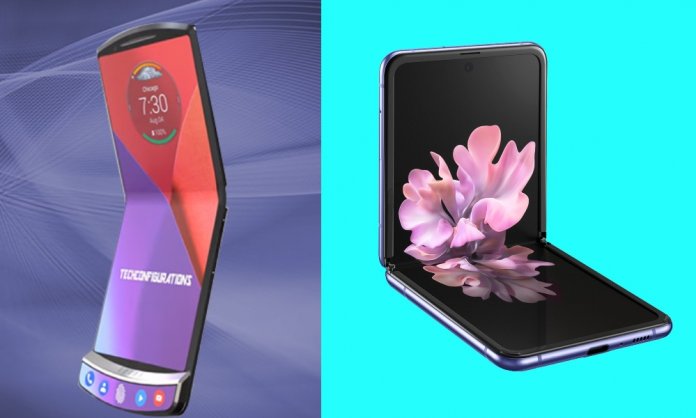 The world had seen quite a lot of different eras when it came to talking about history. It saw the wheel being invented, and it witnessed the industrial revolution. As the 21st century became a thing of today, technological advancements nearly blew us away. When the flip phone was first released, it was such a must-have device. A phone that can easily fold and fit in your pocket? No way! Now, in the second half of the 2010s, the flip phones are back! Except now, they’re going head-to-head in a Moto Razr V4 Vs. Samsung Z Flip battle.

Technology does the two employ?

If we start from the basic comparison of the screen size, then Samsung Z Flip wins this round. That, however, does not mean that the Moto screen is any less. Here, there is a point to note that Samsung has a better screen to body ratio than the Moto Razr. Both phones are foldable, with the Moto Razr showing easier access to the user. In various online reviews, people seem to be bothered by how frequently the Samsung flips when they don’t need it. Moto Razr V4 leaves it to the user when to flip!

The Samsung Z Flip houses a much superior chipset as compared to the Moto. This is the SnapDragon 855+, which is quite recent as compared to the Moto’s SnapDragon 710. The Razr processor is not that old but comparing it by today’s standards gives it a slightly obsolete look. Both phones are Octa-Core, so there is absolutely no compromise on those grounds. However, Samsung can clock higher GHz on the cores.

A Grudge Match Of Features:

Processors set aside, the Moto Razr V4 Vs. Samsung Z Flip battle takes another turn. The Samsung phone does take the cake on the better camera due to it employing the latest in photography technology. However, a point to be noted in that both of these phones have nearly the same RAM. Samsung is at 8GB am Razr is at 6GB.

Even when talking about storage, the Samsung Z Flip offers a higher one. It houses nearly 256GB, with Moto being at 128GB. So far, Samsung seems to be winning! Can Moto Razr catch up? Will it be able to strategize something?

The monstrous battle, Moto Razr V4 Vs. Samsung Z Flip sees a sudden change in the atmosphere. Motorola is now winning! Why is that? It is because of the humongous price gap between the two phones. The Samsung Z Flip is set at Rs.2, 48, 000. This is definitely a flagship phone. So what about the Moto Razr? That is expected to be released at a mid-range price of Rs.50, 000

Seems incredibly impressive that a mid-range phone is giving a tight battle to a flagship phone. If you wish to experience the full nostalgia of the flip phones with impressive capabilities, this is where to put the money without overspending. Moto Razr V4 takes the trophy home!