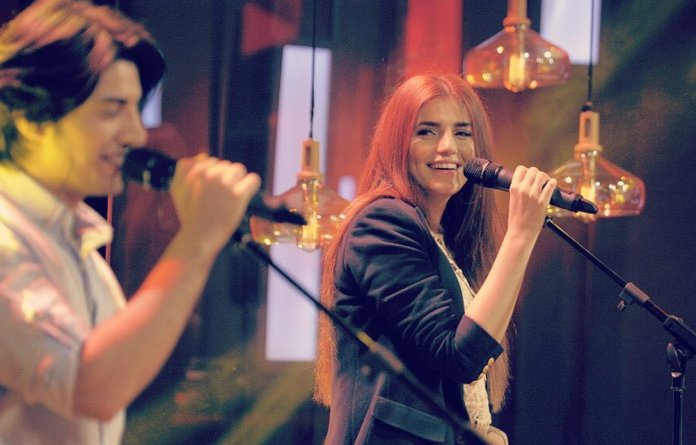 Momina Mustehsan is no less than a role model for the women of Pakistan! Her journey to stardom has been quite difficult. The haseena’s instant rise to fame came out as a shocker for the songstress who wasn’t expecting so much of a sudden limelight!

Within days, her personal life became the talk of the town and trolls were ready to attack her. But now the starlet is stronger than ever before. And this was quite apparent in her recent interview with Fifi Haroon for BBC Urdu.

Just recently, the 25-year old talented singer Momina Mustehsan made it to BBC’s Top 100 Women list and was giving major motivational messages in her interview.

However, Fifi could not resist asking her about Danyal Zafar.

Momina’s fans are always curious to know about the singer’s relationship status.

And the rumor mill is always hot with the gossip that the beauty is dating Ali Zafar’s brother!

Their Coke Studio duet, Muntazir radiated their strong chemistry and everyone was sure they are together.

And now Momina finally has spilled the beans about the reality of her relationship with Danyal.

Happy birthday @mominamustehsan! Wish you all the success!

During her candid heart-to-heart with Fifi, the songstress laughed it off that she is involved with the rising musician.

“Why cant a girl & guy be just friends?”

However, she admitted that she finds Danyal Zafar pretty charming and good-looking but she is not easily smitten by men. Stating that she knows Zafar since two years, Mustehsan revealed that there is absolutely nothing cooking between them.

“I am happy by myself”

And she even made it clear that she is not involved with anybody else either by quoting Faiz Ahmed Faiz:

What is more, she made a point that the interview was not about their relationship and gave the message:

Let’s not define a woman’s ID by a man

However, that was not the only empowering note that the darling communicated to the viewers.

"Why cant a girl & guy be just friends?" @MominaMustehsan asks me. "Let's not define a woman's ID by a man" @BBCUrduhttps://t.co/RU4Y71qtq1 pic.twitter.com/a6ZtnVBleZ

Momina talked about how women in Pakistan need to rise for themselves and for the nation to prosper and grow.

She also added that Pakistan belongs to every minority residing in our homeland and they all are a part of us.

"#Pakistan is as much for our Christians, Hindus & Parsis as for Muslims. The flag isnt just green" @MominaMustehsan https://t.co/RU4Y71qtq1 pic.twitter.com/lT4Y2JmfZ6

But the highlight of her interview remains the thought-provoking message that we should all think about.

"Ppl ask what's #Pakistan done for us? No, ask yourself what YOU have done for Pakistan" @MominaMustehsan @BBCUrdu 🇵🇰https://t.co/RU4Y71qtq1 pic.twitter.com/jZ1z1JsNS2

We admire her even more now, don’t you?