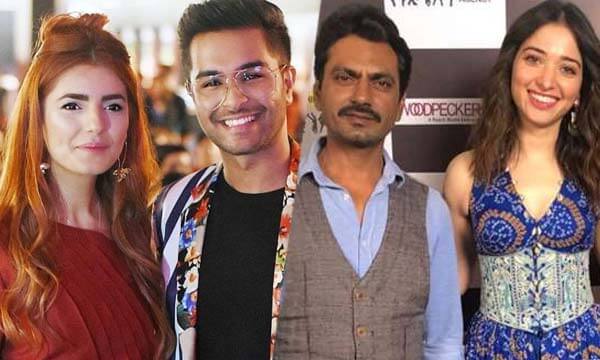 You know you’ve done something right when the neighbours publicly applaud you more than your own people.

Recently, the famous Bollywood actor Nawazuddin Siddiqui appeared in an interview with Arbaaz Khan in which he revealed that he loved to hear ’Tera Wo Pyaar’ by Momina and Asim Azhar.

During an interview, he said that used to listen to the song before doing any scene of his famous movie Manto.

The clip caught the attention of Asim Azhar and he couldn’t be happier after being applauded by him.

He shared the clip with the caption:

WHEN YOUR FAVOURITE ACTOR LISTENS TO YOUR SONG EVERYDAY.

When your favourite actor listens to your song everyday.🤩 Shukriya @nawazuddin._siddiqui

Listen to their song below!

Well, we must say, they have something magical in their voice that people just cannot stop listening to them!