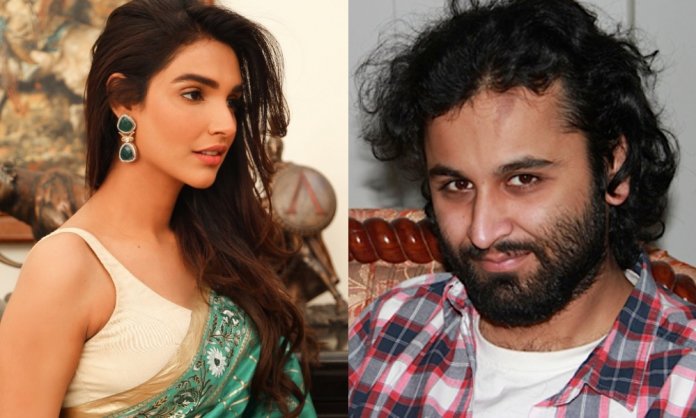 So, many of our favorite stars from the showbiz family, such as Falak and Sarah, Faryal, and Daniyal, got married amidst the pandemic in the most decent yet adorable manner.

Guess who recently jumped on the bandwagon?

Yes, you guessed it right. Popular Pakistani television/film actress and model Amna Ilyas just got hitched. And the lucky groom is none other than the famous director, Dawar Mehmood. The two graciously tied the knot in an intimate ceremony on Saturday.

Some time back, the Baaji actress in Amir Liaquat’s show Jeeway Pakistan did hint towards getting married soon to someone from the industry. However, she chose not to disclose her husband-to-be’s identity.

Anyhow, we are as happy as we can be to know that the two have tied the knot, and we cannot wait for the couple to share their pictures from their wedding day.

The Two Shining Stars Of Our Entertainment Industry

Amna Ilyas started her modeling career when she was only seventeen, and she has come a long way. The Saat Din Mohabbat In actress appeared in numerous drama serials such as Janam Jali, Tum Mere Paas Raho, and Jhanka Taaki, to name a few. Apart from Saat Din Mohabbat In, Amna also got featured in several films such as Zinda Bhaag, Ready Steady No, Baaji, etc.

On the other hand, Dawar Mehmood has been ruling over the theatre industry for quite some time now. He owns KopyKats Production and has been working with the legendary scriptwriter Anwar Maqsood since 2010.

Under Dawar’s direction, extraordinarily impressive plays such as Pawany 14 August, Aangan Terha, Sawa 14 August, and Half Plate were performed on stage. Thousands of people from Karachi, Islamabad, and Lahore appreciated Dawar’s contributions to the theatre industry.

Both Dawar and Amna are important faces of our entertainment industry.

In October, under the direction of Dawar Mehmood, Amna Ilyas is going to appear as Sana Murad in a theatre play, Ankahi. It is an adaptation of Hasina Moin’s drama serial from the 1980s. Amna Ilyas enthusiastically shared the poster and announced the big news herself from her official Instagram account.

“Our labor of love is all set to hit the theatre stage! Ankahi 2020’s new dates have been announced and it’ll be starting from the 20th of October onwards! Yes, we will be following all SOP’s to ensure the safety of our lovely audience. I’m so excited to take the stage as Sana Murad, and more than anything, I’m thrilled to see all of you”

We wish the young couple all the best for their future endeavors. And we wish them a happy and blessed life.

Are you as excited as we are to watch the collaborated efforts of this young couple in theatres this October? Will more people from the entertainment industry join the ‘pandemic-wedding’ family? What do you think? Let us know in the comment section below!