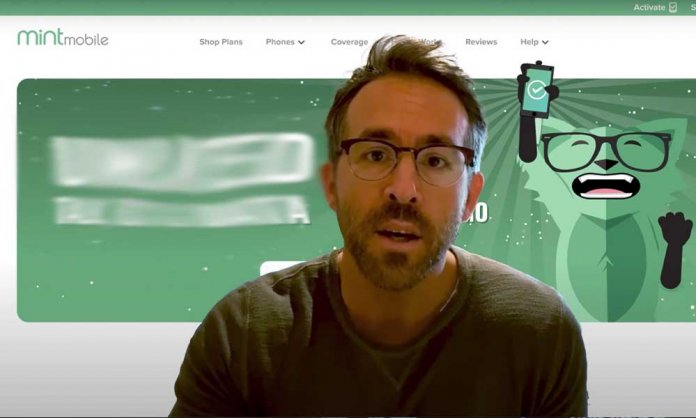 Like Jazz, Ufone, Telenor, or Zong in Pakistan, Mint Mobile is a cellular network company in the United States. They provide telecommunication services to the residents of the States. In their recent ad, Mint Mobile made use of the current bitcoins craze. Up until recently, people were very unsure of the authenticity of bitcoins but then quite suddenly, significant personalities, such as Elon Musk, acknowledged it and their prices soared even higher.

But did the brand only employ the bitcoin riches? No. They engaged Deadpool actor Ryan Reynolds in their TVC, famous for the comedy element he brings to wherever he is. Case in point, his very own movie, Deadpool. Interestingly, you won’t even see Ryan, but he will send you into fits of laughter.

So the story starts with a man looking to find himself and do quite a bit of reflection as he hikes up the mountains and hills. He is being called one of the first to invest in bitcoin when it was still a new phenomenon. He invested almost 500 US dollars. But now, the price of that investment has gone up to millions of dollars. So now this man, Alex Rowland, is a millionaire.

But only in the manner of technicality. Why is that? For that, look at the ad, or you will not have the laughter fit as promised.

This ad was created by Maximum Effort, and one has to commend them on the effort because they did a hilarious job out of it. Naming the ad Bitcoin DocuMintary, the company features how even if you lose out on your once-in-a-lifetime chance, that could be your want. But in life, you need your necessities met more than your luxuries. And in this technological age, cellular network packages are more important to stay connected to the world.