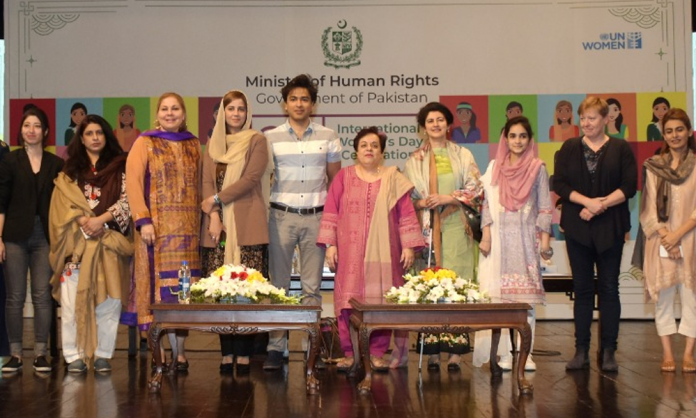 The Government of Pakistan is committed to reducing the gender gap and ensuring ensure an end to gender discrimination, harassment, and violence against women at all levels. 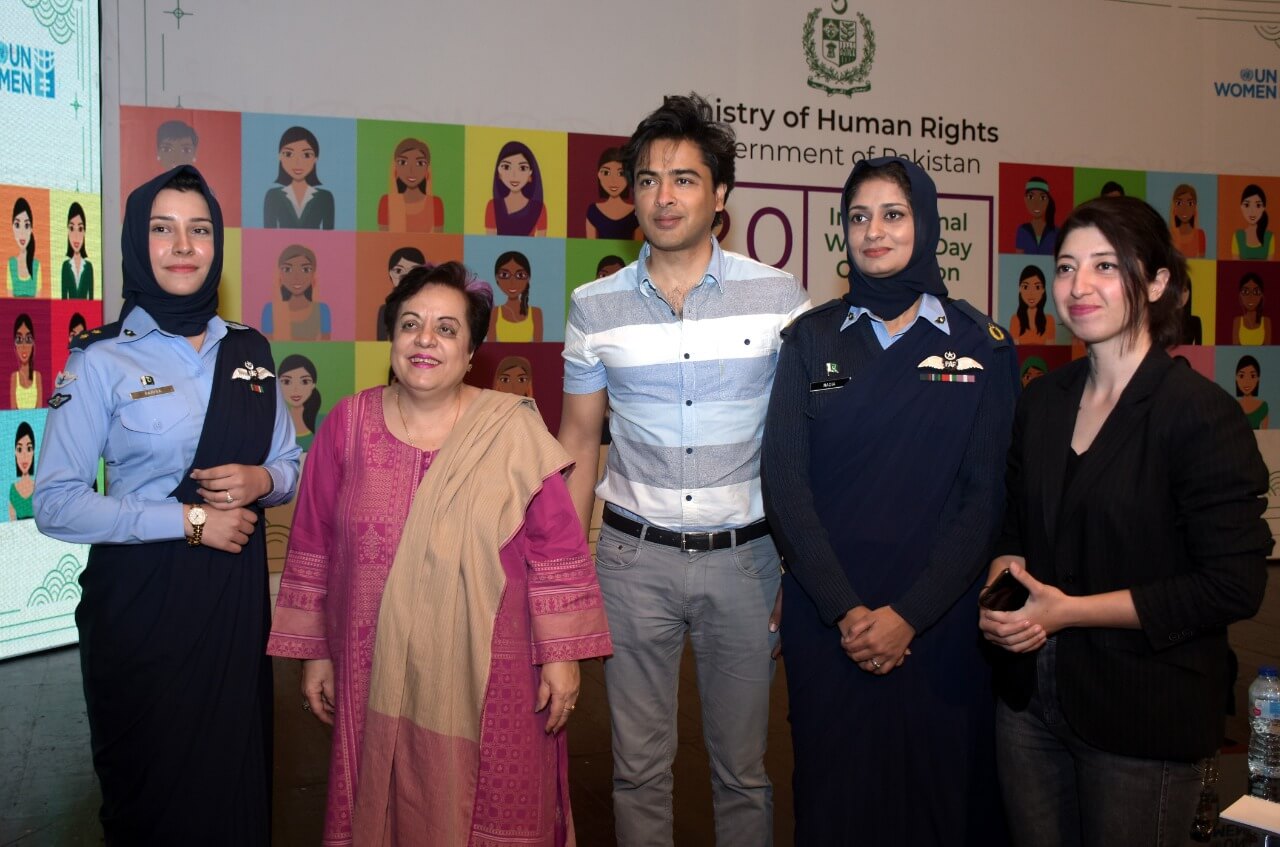 Federal Secretary for Human Rights, Ms. Rabia Javeri Agha, gave opening remarks at the event. She outlined the achievements of the Ministry of Human Rights towards bridging the gender gap and moving towards gender equality, as well as outlined future steps and the way forward to accelerate sustainable development in Pakistan.

She emphasized that significant progress was being made in terms of reviewing and strengthening laws, rules, and regulations affecting the status of women in Pakistan. 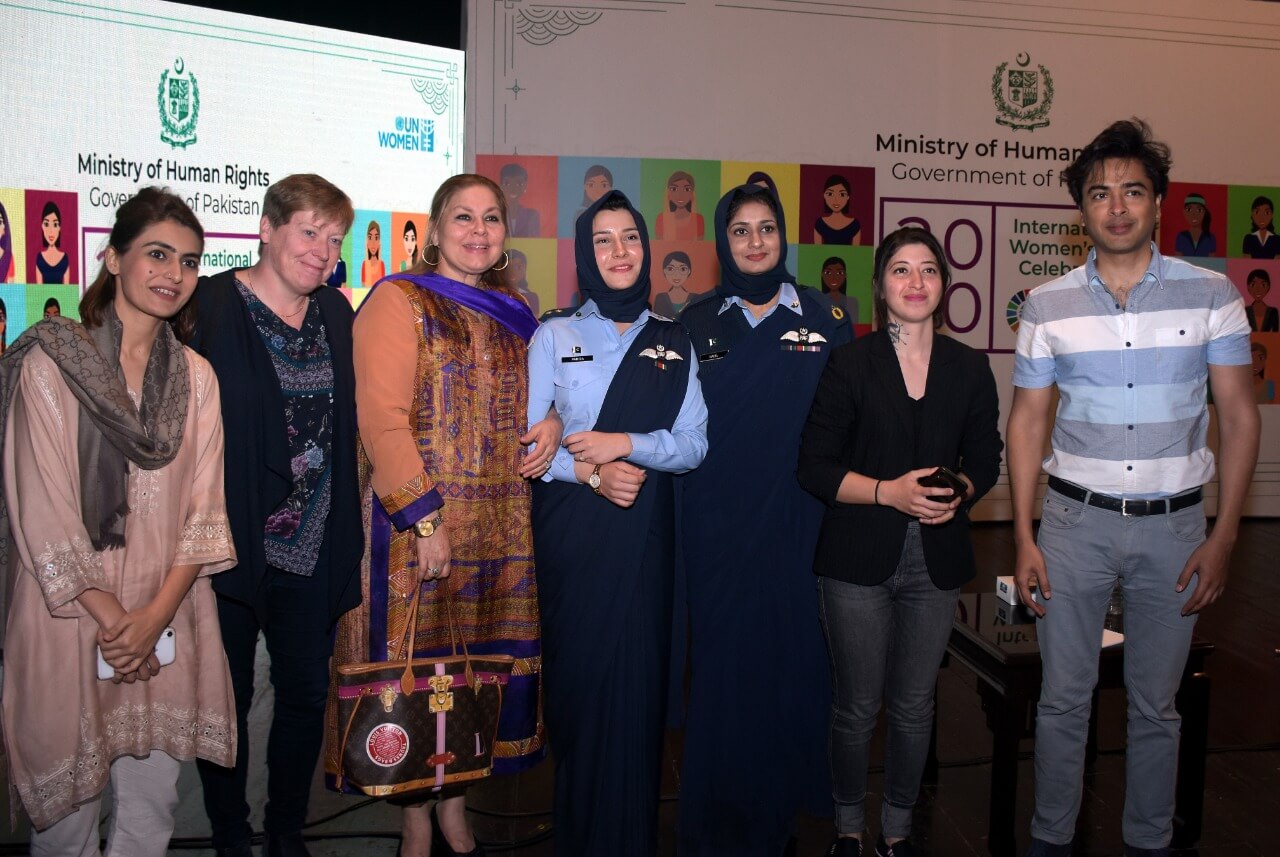 “The Ministry of Human Rights, in coordination with relevant Federal and Provincial Departments, is undertaking a number of interventions proposed under the Action Plan for Human Rights to uplift the status of women. This includes a model policy on violence against women and girls, a policy for Home-Based Workers, as well as the establishment of a Helpline 1099 for legal advice, an Endowment Fund for free Legal Aid for poor victims, and a Women Protection Centre for free legal and psychological aid.”

The event featured a panel discussion on the theme of generation equality that was moderated by Minister for Human Rights, Dr. Shireen Mazari. Generation Equality emphasizes women’s right for an equal future i.e. for equal pay, equal sharing of unpaid care and domestic work, an end to sexual harassment and violence against women and girls, health care services that respond to their needs, and their equal participation in political life and in decision making.

The panelists for the discussion included Zartaj Gul, Minister of State for Climate Change; Haya Zahid, Executive Director of the Legal Aid Society in Sindh; and Shehzad Roy, a Pakistani singer, social worker and humanitarian, currently serving as National Goodwill Ambassador for UN Office on Drugs and Crime (UNODC).

The event also featured a musical performance by the Biryani Brothers, a female duo consisting of Natasha Noorani and Zara Peracha, the founders of Lahore Music Meet, Pakistan’s largest music festival. Ms. Humera Azam Khan, Secretary of the National Commission on the Status of Women (NCSW) conducted the event as the Master of Ceremony.

Minister for Human Rights, Dr. Shireen Mazari, concluded the event with a closing statement. “International Women’s Day reminds us of the importance of supporting the participation of women and girls in all spheres of economic, social and political life. It also provides an opportunity to praise the achievements of women and to highlight their needs and concerns at the national, regional and global levels. Our government is committed to providing rights enshrined in our constitution. We have laws that were not implemented. Our women are not aware of their rights. We have to give rights to our women and create awareness as well.”

She further said I take actions on violations of Human rights rather than just tweeting or condemning them.

She also appreciated the UN Human Rights Chief who moved the Indian Supreme Court against citizen laws. She further added that as a human, Muslim and part of the international community, I will take notice wherever violations of human rights take place.