On Monday night the world’s biggest stars and most prestigious fashion designers will take to the red carpet in New York for the 2018 Met Gala.

As they scrub up for the biggest night out of the year — and wrestle with the Costume Institute of the Metropolitan Museum of Art’s theme of “Heavenly Bodies: Fashion and the Catholic Imagination,” we take a look back at some of the most striking beauty looks served up over the past five years. 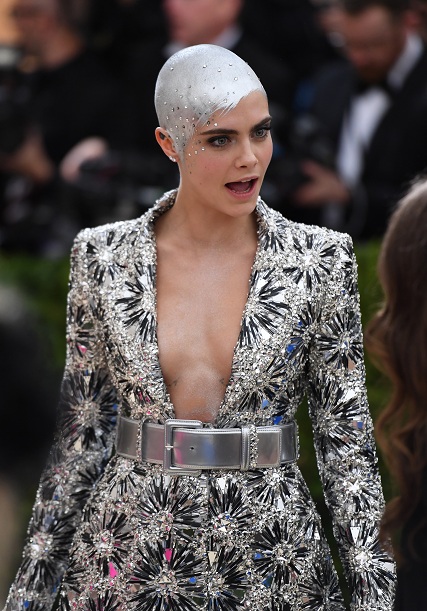 British supermodel and actress Cara Delevingne caused a sensation at last year’s MET Gala, when she took to the red carpet with a shaved scalp, painted a futuristic silver to match her outfit, and the “Rei Kawakubo/Comme des Garçons” theme. 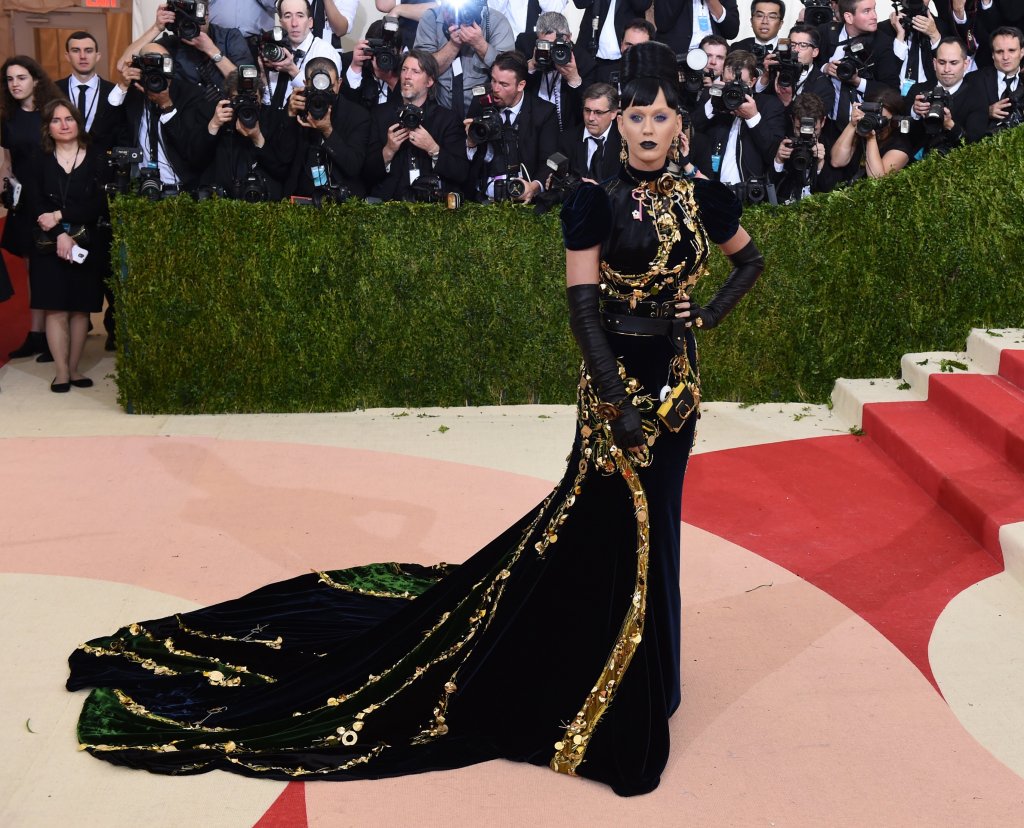 Popstar Katy Perry took the 2017 gala’s theme of “Manus vs. Machina: Fashion in an Age of Technology” very seriously, rocking up to the event with a severe beehive updo. She also sported a striking blue mascara and black gothic lipstick combination, crafted with products from her CoverGirl makeup range, which had recently launched at the time. 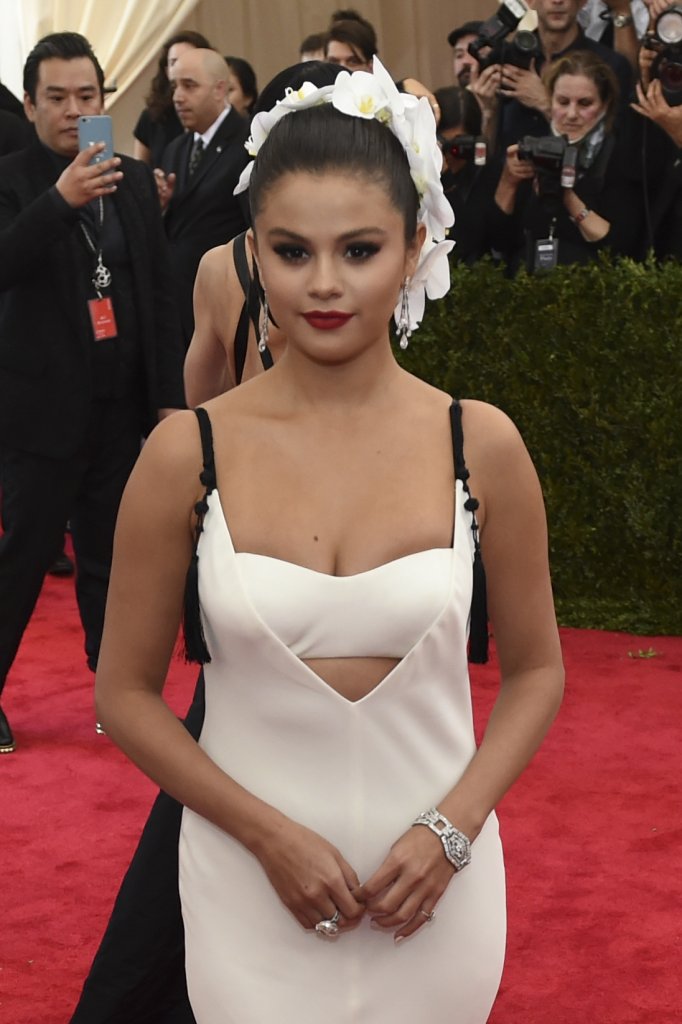 Singer and actress Selena Gomez nodded to the 2015 gala’s theme of “China: Through the Looking Glass” with an elegant, avant-garde headpiece made out of white orchids — a look she complemented with a bold, red lip. 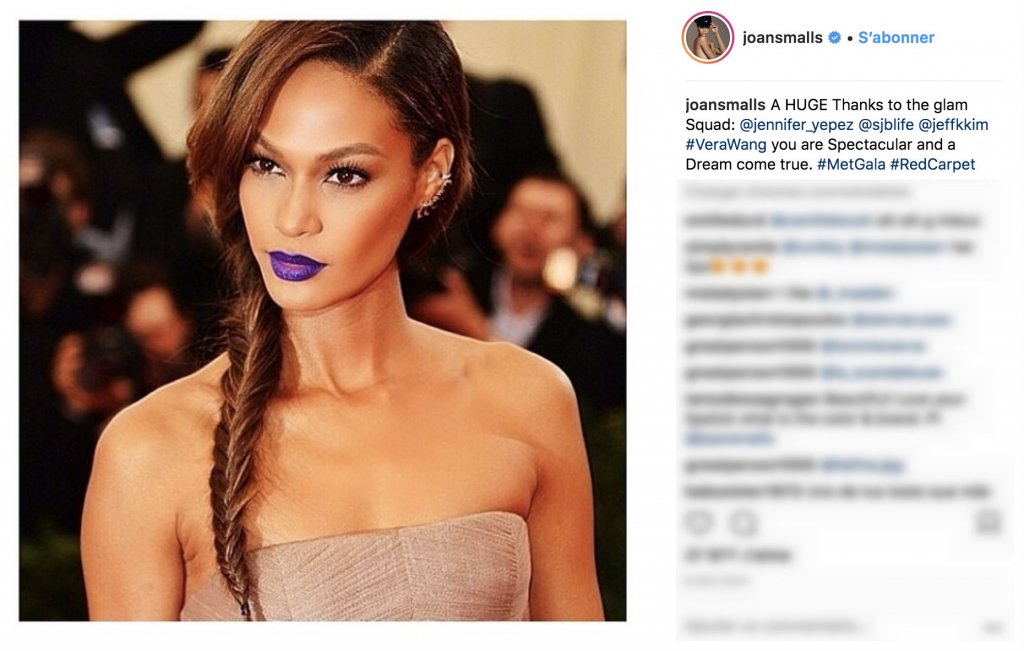 Puerto Rican model Joan Smalls kept things simple and stunning for the 2014 gala, which came with a dress code of “Charles James: Beyond Fashion.” Her strapless gown was paired seamlessly with a bold, purple lipstick hue and gorgeous fishtail braid. 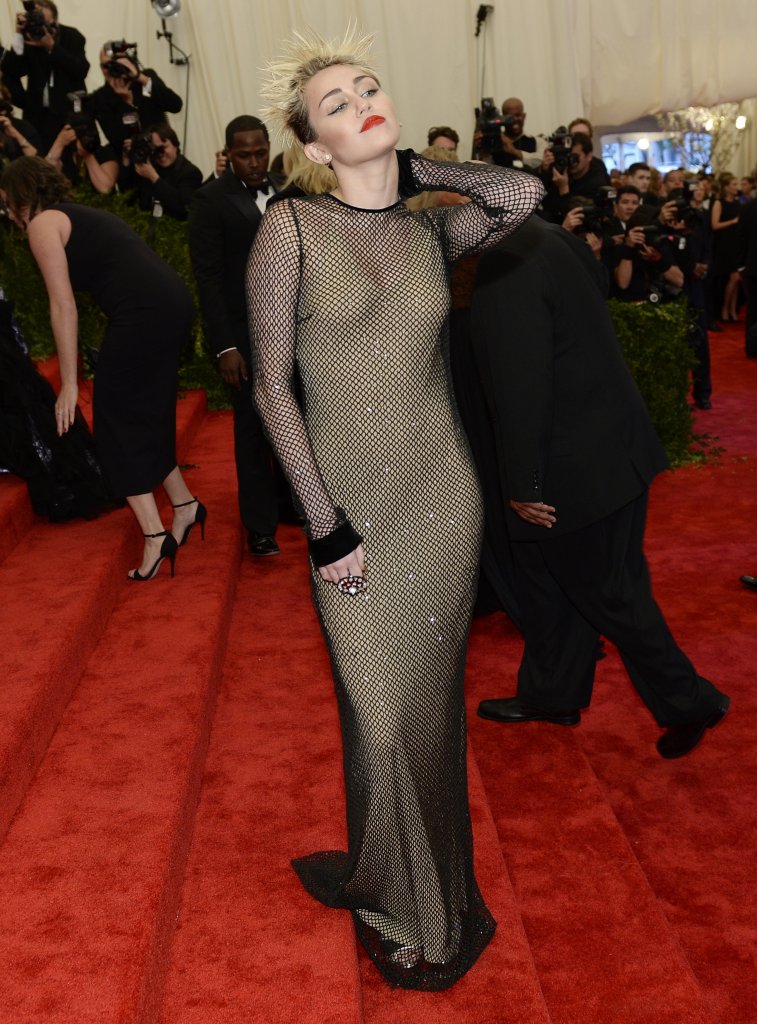 Popstar Miley Cyrus divided opinion with her choice of dress for the 2013 gala (theme: “Punk: Chaos to Couture”), but there’s no doubt that her spiky peroxide hairstyle was one of the most eye-catching on the red carpet that year.