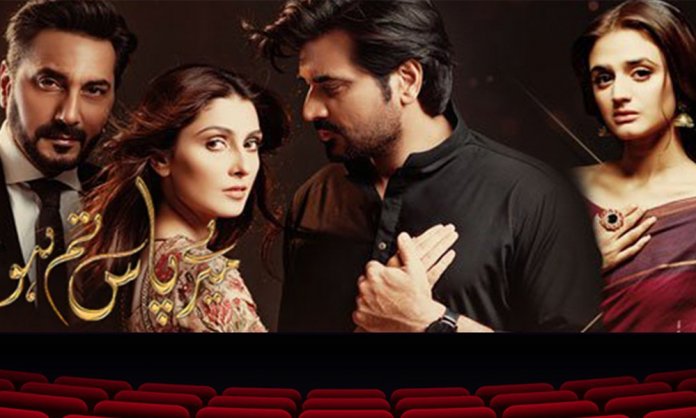 Mere Pass Tum Ho features Humayun Saeed, Ayeza Khan and Adnan Siddiqui in lead roles. The drama serial is based on themes of love, greed, and hatred. Reportedly, the last episode of the serial has been delayed.

Due to the overwhelming response from the audience, the makers of the drama have decided to not air it on the small screen this week.

However, they have planned out a grand finale – a double treat for its fans.

Yes, ARY Digital has taken it to their Facebook and made an announcement that the last two-hour long episode of the play will also be screened in cinemas across Pakistan.

Wow❗️#MerayPaasTumHo creates HISTORY Once Again‼️It has broken its own record, and has the Highest Ever Ratings of Any TV Program of Pakistan. Thank you viewers’ for the phenomenal response on the 2nd Last Episode! Don’t miss the Last Mega Double Episode on 25th Jan, 2020 on #ARYDigital and in cinemas across Pakistan.

The production house has planned to make the experience of the audience exciting. The finale is not just being aired in cinemas in Karachi but also Lahore, and Islamabad on 25th January.

The cast of the film will attend the screening at Nueplex, Karachi. The episode will return to the small screen later.

So what are you waiting for? Go grab your tickets now!