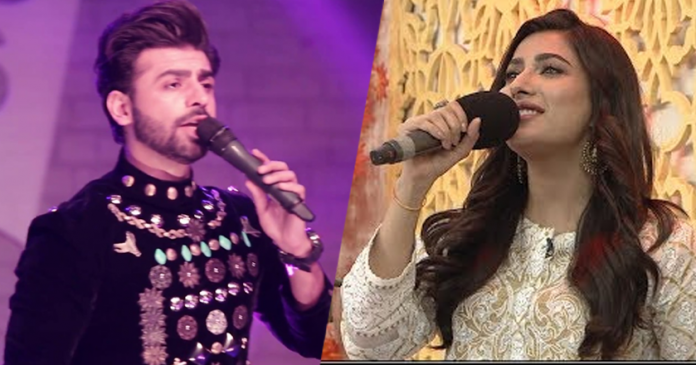 Pakistan is well aware of the powerhouse Mehwish Hayat and Farhan Saeed, and recognize them for their superb set of vocals!

Farhan started his career with the ever-so-popular pop-rock band Jal in 2003. He left the band in 2011 to pursue a solo career and made his Bollywood debut in 2014.

Whereas the Tamgha-e-Imtiaz recipient Hayat stunned everyone with her soulful voice much more recently.

Both of them recently got together to perform a rendition of a very popular Bollywood track, ‘Hum Dil De Chuke Sanam’ from the 1999 film directed by Sanjay Leela Bhansali, starring Salman Khan and Aishwarya Bachchan.

Previously, Mehwish blew everyone away with her version of Charlie Puth’s  Attention along with her brother.

Mehwish made her singing debut with Coke Studio Season 9.