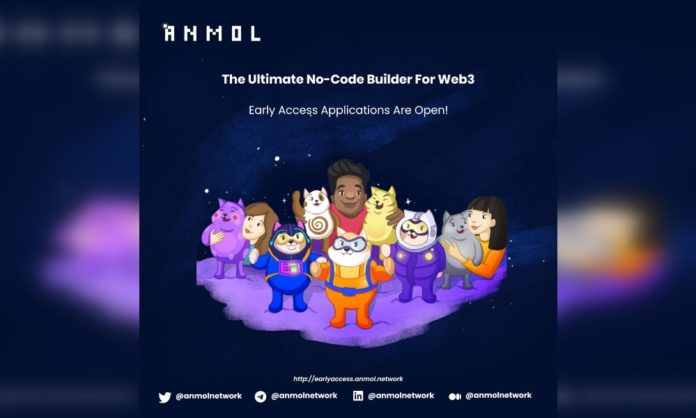 The WordPress or Canva For Web3

Remember when having a website or logo involved hiring a development or design team? If you don’t, this means that you have been riding the wave of the Internet’s mass adoption. For some of us, we can claim to be amongst the first 25 million Internet users back in 1994 when there were only a few thousand websites in the whole world. Having an identity on the internet was disproportionate, and the vast majority of users could interact on the internet yet were unable to build on the internet.  This quickly changed and products and solutions such as WordPress, Joomla, Wix, Squarespace, Shopify, and Canva came to the market and enabled anyone to stake their claim to a piece of the internet and build their brand, portfolio, business, eCommerce shop or other forms of virtual identity.

It is 2022, and history is repeating itself, but with Web3.0. With Web3, the most important thing to understand is that we are really not dealing with a new concept, we are in the evolution of the internet. The thing is, that Web3 in its current state is much like the internet in 1994, it is deeply inaccessible and incomprehensible to the average user, and often produces “The Rabbit Hole Effect”. Interested and engaged internet users set out to learn one feature or function of Web3 and subsequently end up in a never-ending Rabbit Hole of seemingly endless videos and articles to learn new terms, which each resource adding an additional ten or more concepts to learn.
After all of this learning, and moderate proficiency to use Web3 technologies, one question still remains and that is ”How can I build on Web3?” 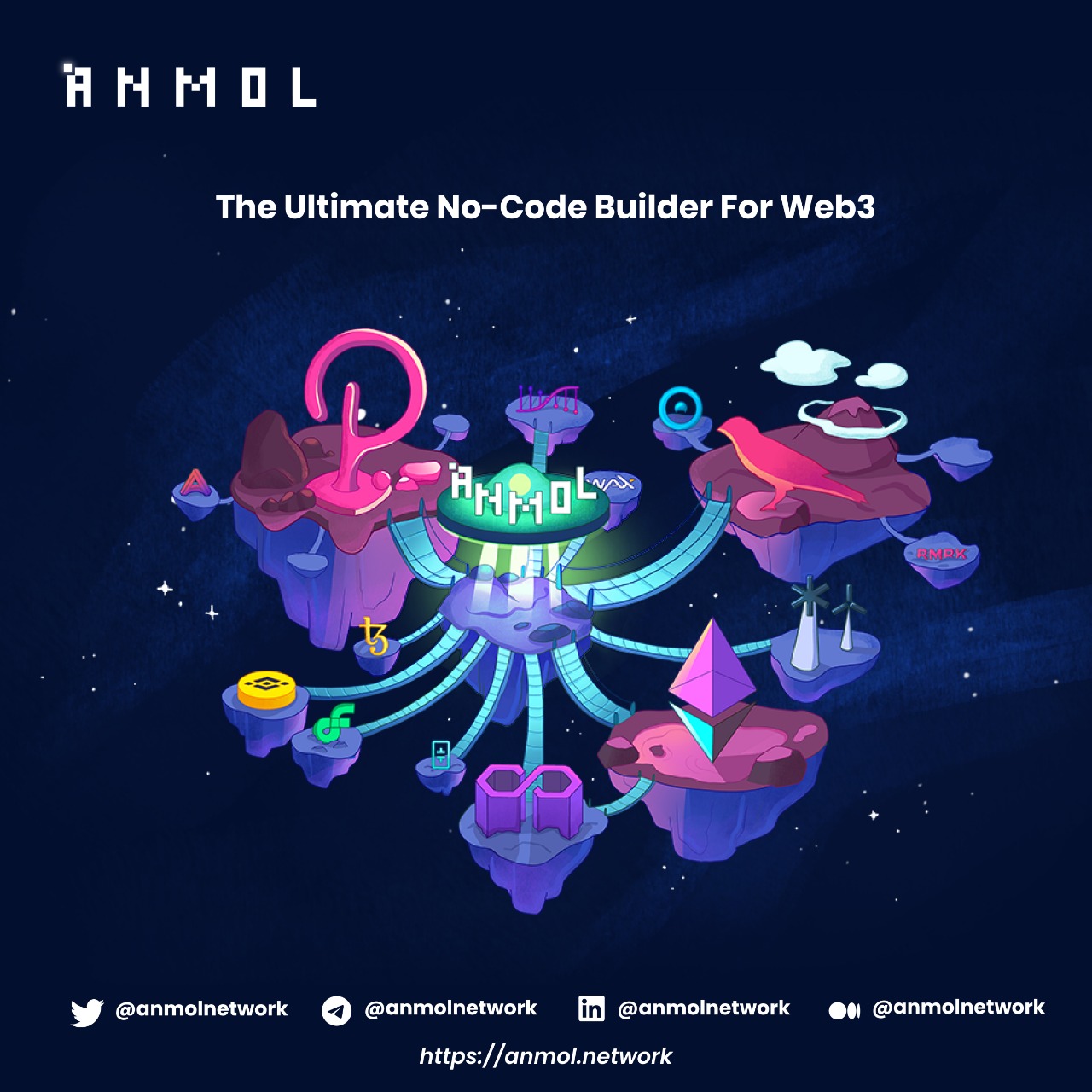 Help us Anmol Network, You’re Our Only Hope

This is where things get interesting for Web3, and the users struggling to become a part of the next wave of the web, with a new project quickly rising to step in and save users from falling down the rabbit hole.  Meet Anmol Network: “The Ultimate No-Code Builder For Web3”, focused on ease of use and accessibility. Functioning like a WordPress or Canva for every facet of Blockchain Technology, Anmol empowers everyday internet users, small or large businesses, or developers to participate in the Blockchain space, and build Web3 micro-projects with simple, easy-to-use applications at a nominal transaction cost, and with no development skills required.

Anmol Network offers tools for NFTs, Metaverse, GameFi, and DeFi, as well as Social Tools that bring the connectivity and engagements of social networks to the Blockchain space. Whether a user wants a new audited token with customized vesting, a DAO, a generative art NFT project of thousands, or even millions of NFTS, this and much more can happen in minutes using Anmol’s tools and Decentralized Applications (DApps).

Everybody in The Metaverse is “Homeless”

The Web3 market is currently disjointed, off-putting to newcomers, and deeply inaccessible. Anmol Network is aiming to fix this by crafting an interoperable and beginner-friendly infrastructure for onboarding and transitioning organizations into Web3 technologies. This is necessary for widespread adoption and overall maturity, as an industry like this cannot grow and become stable without a global network of varied and avid users.

In virtual spaces, like video games or mobile apps, users can create identities and build, this is appealing because they can have more power or control than they do in the real world. The way that Web3 and the Metaverse are structured right now, is inaccessible and more inhibiting than societal class or financial dependency in the real world. Users can get coffee or an apartment in the real world, but in the metaverse, this is not affordable or obtainable for a vast majority of users, most people in the metaverse are actually “ homeless”.

The solution to this problem is a simple easy-to-use application such as Anmol Network, that empowers users to create their own Metaverse constructs shadowing every niche market in the real world, and allowing any user to engage, participate and build within the emerging digital markets.

It’s The End of The Internet As We Know It

The internet as we know it is going through a metamorphosis. Similar to how users were once hesitant to use debit cards, mobile phones, and yes the internet today, we may also be reluctant to embrace the change upon us.

Change is oftentimes only uncomfortable because we can only see what we are moving away from and not what we are moving towards. Web3 will be amazing, sit back and enjoy the ride towards mass adoption, or build your own empire and get your foot in the door while things are just starting to heat up.

“In order for mass adoption to occur,  things around the Web3 space need to get easier as time progresses, but the way things are evolving right now, things are becoming increasingly more difficult for new users to engage with” explains Furqan Ahmed, Founder, and CVO of Anmol Network ” I wanted to change that with Anmol, this is why we are creating a simple and highly user-friendly No-Code Builder For Web3, and a new blockchain that can seamlessly connect to a myriad of other chains. Because not only should this technology be accessible to all, but we are on a mission to create a rich ecosystem where all blockchains are able to freely share ideas with each other. Accessibility is a big thing for us!”

The Web3 space is growing at a faster annual rate than the internet initially had. With all of this potential, tools and resources must be provided to foster the mass adoption of Web3 technologies.

Anmol aims not only to bring growth to its ecosystem but for the blockchain and Web3 industries as a whole. They are building simple, yet multi-faceted, tools designed for blockchain beginners or existing web2.0 developers, and businesses looking to give Web3 a try, and facilitating the new generation of online activity. Anmol’s tools are premiering their launch on Polygon, while developing for deployment on their native chain, and many other chains such as BSC, Solana, Tezos, Flow, and more! Anmol Network is heavily focused on integrations, providing use-cases, and supporting the transition to Web3 for non-blockchain establishments such as Schools, Museums, Galleries, and Event Arenas.