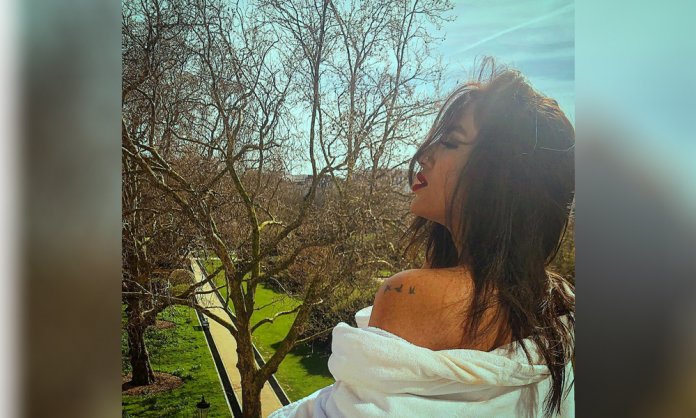 Last week, Mathira created a storm on social media with a racy video of the viral Kiki Challenge. Some loved it, others hated it!

But we must have to admit, that Mathira probably pulled off one the hottest Kiki challenge ever done.

Here super groovy performance is all that the internet is talking about!

Not to forget, her latest ad for the birth-control brand ‘Josh’ has created quite a buzz on social media.

The controversial model surely knows how to make it to the limelight!

Ssshhhhh She is his Devils Double 💋🖤 #mathira #curvy #thickwomen #london

Currently, the sultry starlet is up and around London, touring the town and having a blast while at it.

And the lucky girl met Bollywood celebrity, the ‘Hero’ star Sooraj Pancholi in the city!

Believe you can , and YOU WILL! #YouHaveItInYou 🔥

Seizing the golden chance, the sassy beauty enjoyed a candid moment with the heartthrob.

But from the looks of her caption, Mathira is not meeting the actor for the first and the last time. Gossip is that the duo partied all night together.

Sooraj was in London for the shooting of the upcoming movie “Time to Dance”, directed by Stanley D’Costa and produced by Remo D’Souza. The actor will be seen across Katrina Kaif’s sister ‘Isabelle’ in the movie.

Maybe Mathira has a cameo role in the upcoming dance flick. We are just speculating. Let’s keep our fingers crossed till we know more details about their rendezvous together.