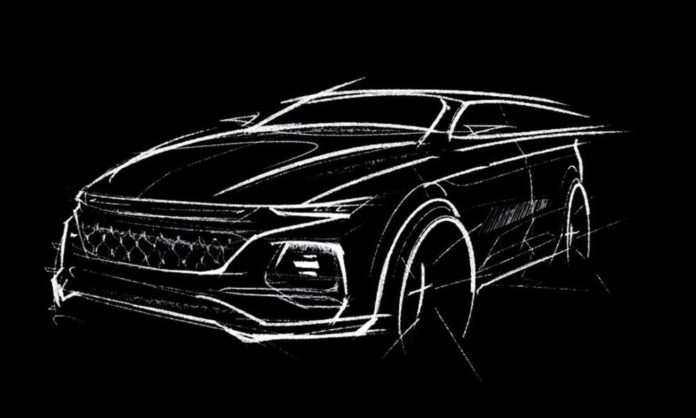 Karachi, 24th November 2021: Master Changan Motors, the auto brand of choice for more and more Pakistanis, is proud to announce it will soon be entering the country’s much-heated SUV segment, revealing official sketches of the incredibly sleek and aggressively designed SUV.

Since debuting the Changan Alsvin Sedan in late 2020, Master Changan has fast grown to become one of Pakistan’s most popular automotive brands, constantly enticing consumers with innovative and cutting-edge auto technology. Earlier this year, the company unveiled its “Future Forward Forever” positioning, demonstrating its commitment to this by testing Changan’s Level-3 autonomous driving technologies on Pakistani roads – a first for any automaker in the country.

Now, the company has revealed, it is planning to introduce Pakistani auto consumers to a brand-new option in the SUV segment. Commenting on the company’s upcoming segue into the SUV segment, Danial Malik, CEO Master Changan says, “As with everything else, we are entering the SUV segment with a ‘Future Forward Forever’ attitude and look forward to disrupting it for the better and bringing Pakistan’s SUV consumers into the future.”

While the company has not revealed features, price, or launch timelines – mentioning only the new SUV will debut “Very soon!” – it has released initial sketches of the upcoming SUV, and claims that the upcoming SUV launch will be the first-ever ‘global launch’ for any vehicle in Pakistan. What that means is that Pakistan will be the first country to launch this new Changan SUV outside China as a global launch and the vehicle will be supplied to other RHD markets from Pakistan.

Elaborating on this, Mr. Malik says, “Despite spending millions of rupees, Pakistani consumers more often than not continue to lack access to the automotive design and technology available in other countries. Historically, Pakistanis get access to new models significantly later than other markets; the recent spate of ‘new’ and expensive SUVs are either at the end of their model life or have already been replaced globally with newer models. As such, we are proud to announce that Changan will be releasing this new SUV to Pakistani consumers first.”

The sketches show an SUV with streamlined contours, combining classic auto design with a high-tech, futuristic twist. With an elevated front and rear, the form brings to mind an authoritative urban SUV from the future. Wide and protruded wheel arches give a bulky and powerful stance to the SUV, adding a broad and sporty presence. The front grill seems to have a sophisticated diamond pattern with sharp corners, and a two-tier front headlamp setup can also be seen, similar to other Changan vehicles such as the UNI-T.