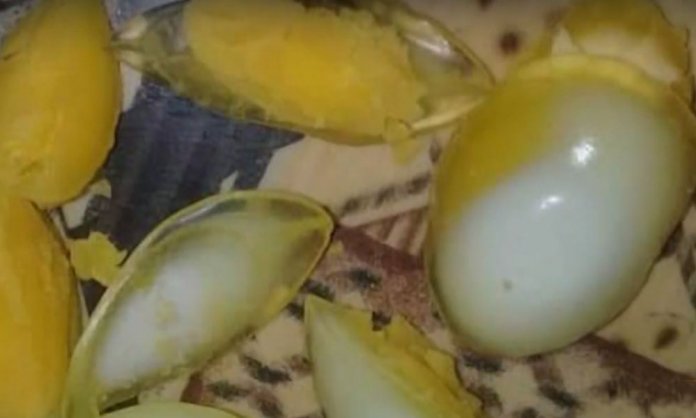 Sindh Police along with Sindh Food Authority have raided a general store in DHA Phase 6 on a complaint of a resident.

The store was caught red-handed selling eggs made from plastic. The owner of the store has reportedly been arrested, whereas an inquiry is ongoing with the vendor.

An FIR has also been registered in regard to the case. The authorities took 20 eggs into custody which were sent to the lab for further testing.

After the results indicated that the eggs were made from plastic material, the police and food authority took action against the store owner.

“Preliminary inspection suggests that the eggs recovered from the shop were made from plastic material,” Sindh Food Authority said in its statement.

According to police eggs were also kept in the truck along with genuine chicken eggs. The authority’s staff has also recovered more than 100 crates of eggs from the supply van.

The food authorities declared the plastic eggs unsafe for human consumption. Upon investigation, it was found that the eggs were brought from Dhabeji Farms.

What do you think about this situation?