Home News Make a Video of Someone Littering & Earn a Reward of Rs.100,000!
Advertisement 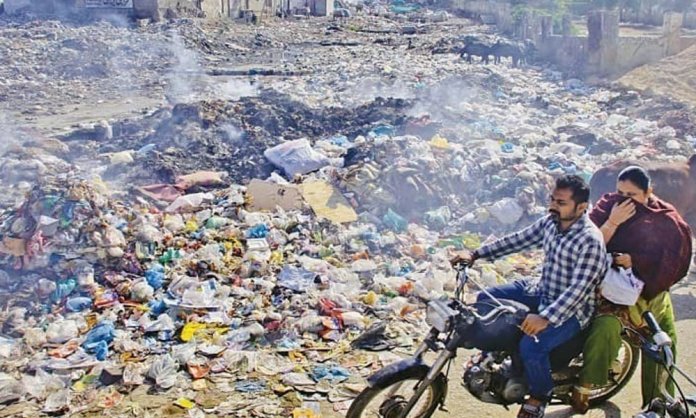 In our last post on the month long Clean My Karachi campaign run by the CM, our conclusion was that it was a great initiative however not a very sustainable one.

We argued that while the garbage in the city needed to be cleaned up, it was not a long term solution until the source of the garbage was kept in check:

There seems to be no existence or implementation of laws on littering around, hence nobody from the society gives a second thought before throwing garbage wherever their heart pleases.

Saeed Ghani, Minister for Information has said in a press conference that the Sindh government will award a cash prize of 100,000 PKR to anyone who captures visual evidence of people littering the streets.

“This is a conspiracy to sabotage the cleanliness drive,” he said, adding that the Sindh government had to bear extra cost as a result of people purposely clogging sewerage lines and dumping debris on roads.

The evidence will have to be sent on whatsapp on the following numbers:

If you’re worried about getting yourself in trouble for making videos, there’s nothing to worry about as your identity will be protected.

What are you waiting for? Start making videos!