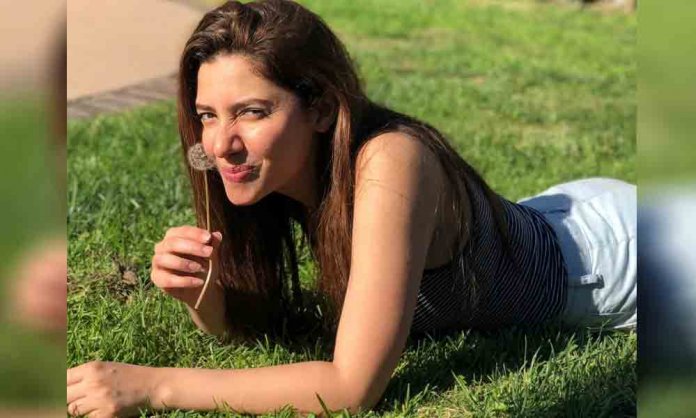 In the video, Saboor Aly and Saheefa Jabbar can be seen laughing and making fun of the man while he was cleaning the glass wall.

What embroiled them in controversy was their elitist remarks and people just cannot stop bashing them.

Soon after the video went viral on the social media, the two actresses stepped out in their defense and apologized to their fans.

No one has ever become smaller by rendering an apology – I had to bring Ehsaan Bhai on the screen to share our story so we did. If there was anyone who could have felt bad after the whole fiasco would have been Ehsaan bhai & therefore I had to start by being sorry to him. Secondly, all the people who felt hurt, upset or angry were rightful & I wanted to apologise to them for a joke I shouldn’t have cracked under any circumstance. Life is a learning curve & I learnt through my own experience.

On the other hand, a video has surfaced online where the Raees actress Mahira Khan can be seen mopping the set and her fans are literally going gaga over her.

An Internet user shared the video with the caption:

In a world full of Saboor Aly, Be a Mahira Khan.🙌

Time like these when I am prpud of being a Mahira Khan stan. This woman here is THE MAHIRA KHAN,The super star mopping on sets.Her set workers call her mazdoor khan. No wonder who she is touching the stars up there.

In a world full of Saboor Aly,Be a Mahira Khan.🙌 pic.twitter.com/Xxag9XF2ia

Well, it seems like Mahira Khan will always remain everyone’s favorite with her humble attitude!