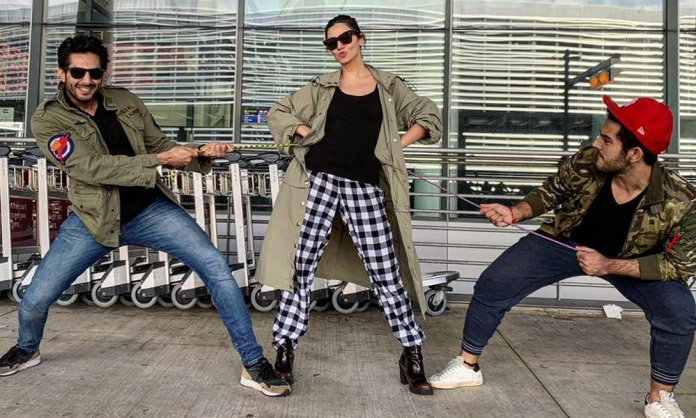 The Pakistani sweetheart Mahira Khan busted out some killer dance moves recently and there’s no doubt about the fact that this Zaalima knows her stuff.

Khan also flaunted her dancing skills once in a video that she shared on Instagram on Wednesday.

The starlet reminiscing about the making of her movie Superstar posted an unseen dancing clip from behind-the-scenes where she can be seen rehearsing for the upbeat song Noori.

Donned in an all-white shalwar kameez, Khan is surrounded by a group of dancers in the back, while the Humsafar actress looks flawless as she moves like a wave.

The actress also wrote an emotional note on her social media:

SUPERSTAR. The film which is possibly closest to my heart.. the pain, the love and lessons it brought with it – I shall remember them all forever.

The post also showed a few other photos and videos with her co-stars Bilal Ashraf, Ali Kazmi, Nadeem Baig and the other crew members of the super hit movie.

In one picture, the enchanting diva can be seen sharing the frame with her director Mohammed Ehteshamuddin.

SUPERSTAR. The film which is possibly closest to my heart.. the pain, the love and lessons it brought with it – I shall remember them all forever 💖

This post is no less than a treat for Mahira Khan’s fans here and across the globe.

Mahira Khan is a true performer and always steals the show with her outstanding yet elegant performances.

She has proved that she is not only a pro in acting but in dancing as well and we just can’t simply stop adoring her!

The actress recently talked about the taboo of second marriage and how that needs to be stopped.