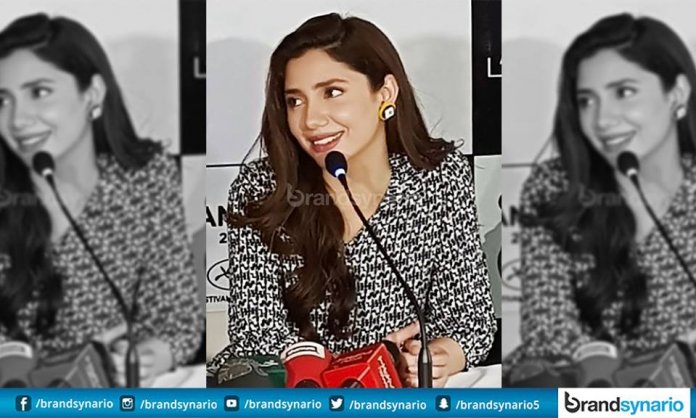 Mahira Khan has made us proud yet again! The globetrotter is all set to join the ranks of the likes of Sonam Kapoor, Ashwariya Rai Bachchan and Deepika Padukone with her debut appearance at the avant-garde, Cannes Film Festival 2018.

But what is so historic about this feat?

While Armeena Khan and Adnan Siddiqui have already walked the prestigious Cannes red carpet, this is a whole new achievement for our nation.

As L’Oréal Paris enters into its 21st year as the official Partner of the prestigious cinema festival, our stunner will be slaying it as the Hair Care spokesperson- a first for the brand and any superstar in Pakistan.

While the cosmetic brand has completed a decade in our homeland, it is for the first time that they have officially invited a Pakistani to Cannes!

To officially announce this historic moment at the press conference, Mahira Khan said:

“I am deeply humbled and full of gratitude towards L’OREAL Paris Pakistan for this amazing opportunity to represent the brand and project Pakistan’s blossoming industry on such a prestigious international platform.”

Wondering what Khan will be wearing at Cannes? The actress still has no clue about it!

“The L’Oréal Group celebrates and welcomes diversity and empowerment with its 21 years of partnership with Cannes. 2018 marks L’Oréal Pakistan’s first entry into Cannes Film Festival and the future looks bright in terms of expanding our representation. L’Oréal Paris pays homage to cinema and beauty, by democratizing the Festival experience. Mahira Khan’s selection as our local spokesperson for the L’Oréal Paris Hair Care brand is a testimony to the values of meritocracy at L’Oréal. Mahira Khan is a role model for young women in Pakistan and Mahira’s appearance at Cannes Film Festival is just the beginning – a superb opportunity for L’Oréal Pakistan to showcase Pakistani talent on the global stage.”

There is a reason  L’Oréal Paris Chose MK- She’s Totally worth it!

For the first time ever, L’Oréal Paris will broadcast seven shows live from the legendary Martinez Beach at Cannes, titled “The Worth It Show” and Mahira Khan is set to feature in it alongside other global L’Oréal Paris spokeswomen

The “Worth It Show” marks a powerful moment during the festival to bring women’s voices to all and unveil the ordinary women behind the actors, with their stories, their triumphs and the obstacles on the way to feeling worth it.

Mahira will be attending the event for 3 days, during which she will also be meeting with L’Oréal Paris global Makeup and Hair Styling team of Stephane Lancien, besides her engagements with noteworthy fashion designers.

Can’t wait to see what she will be wearing! More power to Mahira.